"There was a furore around the world amid the economic community which said it's not going to work," he said about PM Modi's digital economy push. 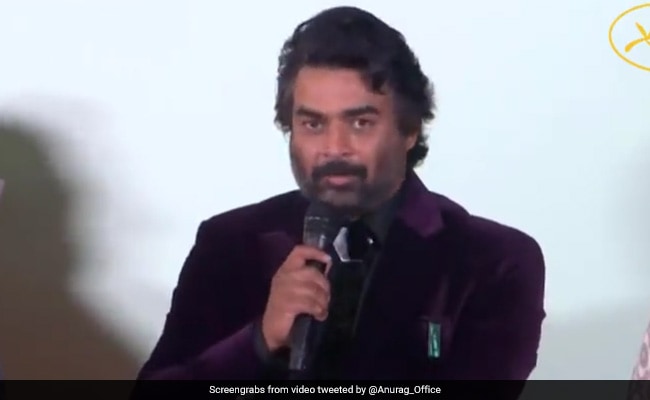 The Indian team at Cannes is led by Union Minister Anurag Thakur.

Actor R Madhavan, who is at the 75th Cannes Film Festival with a team representing India, on Thursday hailed the success of the "micro-economy" in India under Prime Minister Narendra Modi. He said the world was sceptical at first, believing that digitisation would be a "big disaster" in a country where farmers may not know how to use a smartphone or handle their accounting, but "the whole story changed" in a couple of years and India became one of the largest users of micro-economy in India. He said it happened because the farmers didn't need to be educated to use a phone to know if they have received the money. "That is new India," he said, in a nod to the term often used by the Centre to project an image of change they claim has been heralded by the BJP-led union government.

"When the PM started his term, he introduced the micro-economy and digital currency. There was a furore around the world amid the economic community which said it's not going to work, it's a disaster," he can be heard saying in a video clip shared by Union Minister for Information and Broadcasting Anurag Thakur who is leading the Indian delegation at Cannes.

Mr Madhavan was presumably referring to the Direct Benefit Transfer scheme of the government amid the Centre's aggressive push toward a digital economy that's less dependent on cash.

India has been named the Country of Honour this year at the Marche Du Films (Cannes Film Market). The Indian team was led by Union Minister for Information and Broadcasting, Anurag Thakur. He walked the Cannes 2022 red carpet with R Madhavan, Nawazuddin Siddiqui, Grammy award-winner Ricky Kej, Shekhar Kapur, Prasoon Joshi and others.

Mr Thakur had earlier posted pictures of the Indian delegation at the prestigious film festival on social media.

"Indian stars shine the brightest at the #RedCarpet on #Cannes2022 opening night, as the largest-ever Indian delegation climbed up the iconic stairs of Palais des Festivals. India is geared up for the inaugural of India Pavilion at 75th #CannesFilmFestival today," he tweeted on May 18 along with pictures.