James Bond hasn't left the building. Semi-retired Bond reportedly finds out that his 007 codename has been handed over to a female agent of colour 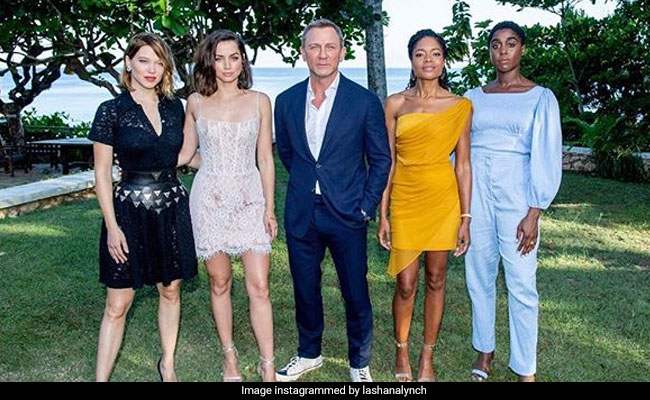 The Internet is both shaken and stirred over reports that the 007 licence has been reassigned in the new James Bond film to, wait for it, an agent who is both female and black. Bond 25 - the film's official title has not been revealed - has navigated rough weather ever since Daniel Craig announced that his number was up and that he was done playing cinema's most profitable secret agent. The 51-year-old actor was persuaded to return for the fifth and last time as James Bond but speculation about who will take over the role has kept both pundits and fans busy - several names have been bandied, from Idris Elba to Richard Madden and actress Gillian Anderson offered herself up as a potential Jane Bond. Two days ago, Daily Mail struck a match by reporting that while Daniel Craig plays James Bond in the upcoming film, his licence to kill has been given to another secret agent, played by Captain Marvel star Lashana Lynch.

Just to be clear - James Bond hasn't left the building; he has, however, quit active service. The Daily Mail quotes a source close to the film as describing the moment a semi-retired James Bond finds out from spymaster M, played by Ralph Fiennes, that his 007 codename has been handed over to a female agent of colour: 'There is a pivotal scene at the start of the film where M says 'Come in 007', and in walks Lashana who is black, beautiful and a woman. It's a popcorn-dropping moment. Bond is still Bond but he's been replaced as 007 by this stunning woman."

Writer Phoebe Waller-Bridge, known for creating the series Fleabag, gets credit for the new development; she has also banned the term 'Bond girl' in favour of 'Bond women.'

Twitter has received the reports of a black female 007 with howls of protest - twice as many as when it looked like Idris Elba had a good chance of being the next Bond. This time, Twitter - already enraged by the casting of black actress-singer Halle Bailey in Disney's live action The Little Mermaid - is blaming both feminism and political correctness.

This goes against EVERYTHING we needed and enjoyed the James Bond franchise for.

Another one bites the dust due to feminism... pic.twitter.com/u5fMp01EkK

BREAKING: James Bond has been "murdered," and the franchise is about to die!

BREAKING: The next 007 will be a woman.#IsNothingSacred ?

@007 I'm all for gender equality but this is just going too far. James Bond has been a male lead movie for decades and now it will be ruined. We all saw what happened with Ghostbusters and Ocean's . There are just certain roles that shouldn't be messed with.

I'm all for female empowerment, but what about the creativity behind that empowerment? James Bond/007 has a legacy that spans decades. This is lazy. Make a new movie about a Black female agent within the M16 that gets the minority point across without the pandering. #JamesBond25pic.twitter.com/UwHWPWfIg0

Those offended are being told to sit down by others.

There's plenty more, most too expletive-packed to reproduce here.

Halle Bailey as Ariel. Lashana Lynch as 007. Racist white people are really having the worst life ever. May they continue to stay mad. pic.twitter.com/KfyMYw0RFz

Asked recently for my favorite action characters. I said, "Sarah Connor, Terminator 2; Vasquez from Aliens, and Ripley. Was then called "politically correct" because they all are women. Didnt think of that. Chose em cause theyre bad ass.

So stop freaking out about 007, babies.

Nobody cares that 007 is a woman. Seriously. Nobody cares. We've had women protagonists forever and people have not made a fuss. What people have trouble articulating is that they care when artistic choices are primarily made for socio-political reasons.