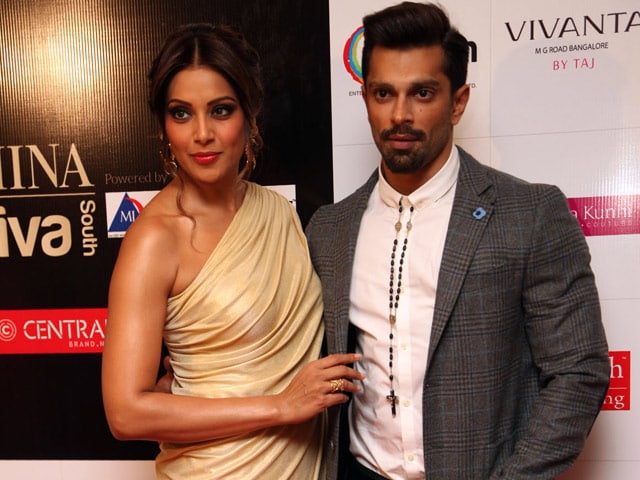 Bipasha Basu and Karan Singh Grover photographed at an event.

Karan will be soon be seen in Hate Story 3. He has worked with Bipasha in Bhushan Patel's Alone, which released earlier this year.

"I wish them all the best (for the film). Everyone has a journey that one has to take and I wish all the people who are working so hard as actors, all the very best. And especially it's Karan. I definitely want a huge success in it (movie)," Bipasha told PTI.

Karan, who announced separation from actress wife Jennifer Winget last November after two years of marriage, has been linked with Bipasha since their first movie outing.

The pair, however, have used the phrase 'good friends' to describe each other.(Also Read: Karan Singh Grover Says He Was 'Nervous' Working with Bipasha Basu in Alone)

When Bipasha was asked about her good friend, she said: "Good friend? I have many good friends. My good friend Ranbir Kapoor is also coming up with Tamasha. He is much closer and I have known him for many, many years."

Bipasha and Karan often share pictures on social media. They also shared pictures of their holiday in Maldives earlier this year.Karan, who has featured in television shows like Qubool Hai and Dill Mill Gayye, was married to actress Shraddha Nigam before Jennifer.

Hate Story 3, also featuring Sharman Joshi, Zarine Khan and Daisy Shah, is directed by Vishal Pandya and is scheduled to release on December 4.