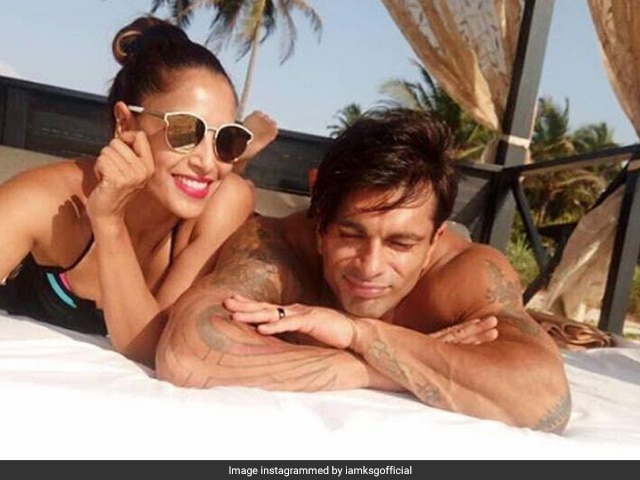 New Delhi: Bipasha Basu and Karan Singh Grover are celebrating their anniversary weekend with a balmy vacation in Goa. April 30 marks the first wedding anniversary of Bipasha and Karan, who are keeping fans and followers posted from their beach-side holiday. Karan, who has been Bipasha's co-star for 2015 film Alone, posted a video in which they share adorable messages for each other. The video is also a collage of the highlights of their romance. "I think I've craved that kind of a love where your lover wants you, needs you, likes to spend time with you. He fixed me," Bipasha says in the video. She also defines the idea of a perfect partner as "Somebody who loves everything that you do, is thankful, is grateful." Meanwhile, Karan says: "My life changed a lot."

Promoted
Listen to the latest songs, only on JioSaavn.com
"On this special day of ours...our first wedding anniversary - sharing a bit of us and our journey with all of you who love us and all of you who believe in soulmates and true love," reads the caption of the video, which has been re-shared by Bipasha.

Happy 1st Anniversary my love. You are and will always be my everything. Thank you for loving me so much.

This is how the Goa resort added a personalised touch to Karan and Bipasha's stay:

Thank you @parkhyattgoa and the wonderful staff , for making our anniversary special in so many ways . So touched by the sweetest thoughts and out of the world hospitality. Home away from home Thank you from me and @iamksgofficial #monkeylove