Dehradun: She made headlines as the first Indian to participate in Big Brother Australia in 2014. Priya Malik is a multitalented personality. From being a TV star and theatre personality to being a stand-up comedian and columnist in Australia and Mumbai, Priya wears many hats. Priya's visit to her hometown, first since 2014, when she became a known face on TV, got everyone thrilled.

Priya not only was the first Indian-origin contestant to appear on Big Brother Australia but also the first Australian citizen to be a housemate on Season 9 of Bigg Boss.

Perfectly poised and elegant in a pink and black attire, she spoke at length about her journey from the Doon valley to Australia and then making her mark on the silver screen back home in Mumbai. 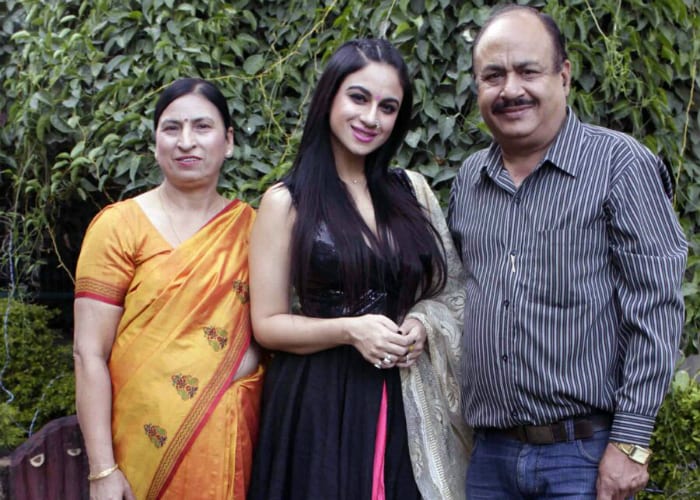 "I think I was born to be in Bigg Boss. I simply got the show because of my solid presence in Big Brother," she adds with a glint in her eye.

"Having said that, I feel that Bigg Boss in India is way more dramatized and is driven more towards entertainment," she says. Talking about the current season of Bigg Boss, she considers VJ Bani with more chutzpah than the rest.

In 2014, Priya was nominated on Day 16 after joining Big Brother Australia. She survived several nominations to become a finalist; she was evicted on Day 79. Back in India, Priya entered the Bigg Boss house as a wild card entry, who also headlined a single week's nomination procedure. All housemates were required to justify their reason to nominate co-contestants to Priya, who was given the power to accept or reject the reason.

Speaking about her upcoming projects, Priya reiterated that several roles have been offered to her but nothing was finalized as yet.

#Sari, is all that you can say.

Promoted
Listen to the latest songs, only on JioSaavn.com
"A couple of Indo-Australian projects are in the pipeline. I would like to maintain a dignified silence since nothing is final yet," she says.

Coming a long way from home, the people of Dehradun wish one of their own, all the very best in her future endeavours.