Abhirami and Mugen had a heated conversation. Tharsan, Sandy and Kavin were supporting Mugen. Madhumitha, Sherin and Vanitha took Abhirami's side 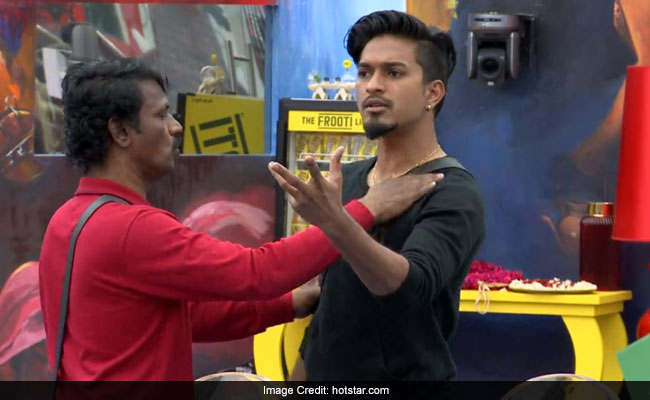 Mugen in a still from Bigg Boss Tamil 3

Day 51 of Bigg Boss Tamil 3 began by highlighting the misunderstanding that took place between Mugen and Abhirami. Vanitha, who entered the Bigg Boss house again as a guest, was seen talking to Abhirami about Mugen.

Later, Abhirami and Mugen had a heated conversation. Tharsan, Sandy and Kavin were seen supporting Mugen on the issue whereas Madhumitha, Sherin and Vanitha were seen taking Abhirami's side. With the other housemates' intervention, the argument was sorted out and Abhirami apologized to Mugen.

Later when the Luxury task - 'Bigg Boss Hotel' started, Vanitha being the guest of the 'Hotel', asked Madhumitha to conduct a cooking class.

Today's promo reveals that Madhumitha will lose her temper, accusing her housemates of being bossy in the house.

What for a few days seemed to be a calm environment, has all of a sudden turned into a chaotic house. Will the house captain Sandy be able to bring peace into the house? The following episodes would let us know.