"You and me will have lots of fun," wrote Karan Johar 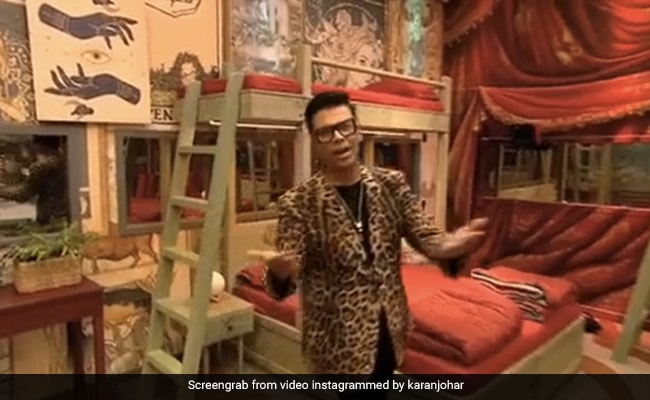 Karan Johar in a still from the video. (courtesy karanjohar)

Show host Karan Johar stepped inside the new Bigg Boss OTT  house and we can't keep calm. The new season of the popular TV reality show will first stream on OTT platform Voot, six weeks before it airs on television, while Salman Khan will be hosting the show on Colors TV (the channel on which the show airs). The house has been designed in a different fashion this time, what with bunk beds, sliding doors, a separate dinning area and more. Filmmaker Karan Johar gave his fans a tour of the new house and sharing the video on his Instagram profile, Karan Johar wrote: "Ab wait hone wala hai over, mera pehla kadam iss OTT duniya mein is now another step closer! You and me will have lots of fun! Keh diya na bas keh diya."

Check out the trending video here:

A few days ago, sharing an update about the OTT version of Bigg Boss, Salman Khan wrote in his caption: "For the first time ever, India's biggest reality show will launch exclusively on Voot. Aap maze lo voot pe aur main apse milunga seedhe, Colors TV pe." He added the hashtags #BiggBossOttonVoot, #BiggBossOTT, #BBOtt and #BBOttOnVoot to his post.

So far stars like Salman Khan, Amitabh Bachchan, Shilpa Shetty and Arshad Warsi have hosted the show. The last season was won by TV actress Rubina Dilaik, while singer Rahul Vaidya was the first runner-up of the show.