Tonight's episode of Bigg Boss is going to be super gripping 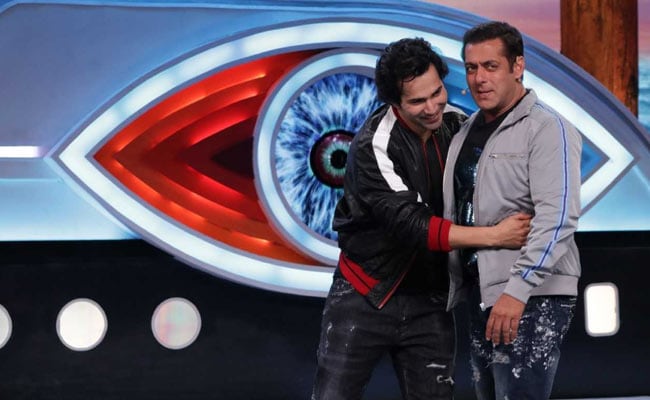 Salman Khan and Varun Dhawan on sets of Bigg Boss

Tonight's episode of Bigg Boss is going to be super gripping since the season's first eviction is going to take place today. But the contestants have also a reason to rejoice because actor Varun Dhawan will be on the show to promote his upcoming film Sui Dhaaga. Varun will enter the house and interact with the Bigg Boss contestants. Before entering the house, Varun will challenge host Salman Khan to take up the Sui Dhaaga Challenge, which requires the person challenged to thread a needle in a stipulated time. Will Salman Khan take up the challenge? If he takes up the challenge, will Salman win it? Well, these questions remain to be answered in tonight's episode.

With Varun Dhawan's entry into the Bigg Boss ka ghar, we can expect something very exciting to take place in tonight's show. In today's episode, we will witness a ghazal performance by Anup Jalota and Jasleen. Varun Dhawan will announce a new task called 'Made In India' for the nominated contestants, who are divided into two group. For the task, the contestants are required to stitch cushions with the materials provided to them.

.@Varun_dvn le kar aaye hain the 'Made In India' task jo hoga jodis aur singles ke beech! Tune in to #WeekendKaVaar with @BeingSalmanKhan tonight at 9 PM for all the hungama. #BB12#BiggBoss12pic.twitter.com/PhDvad36lp

Salman Khan will also announce this season's first 'Sultani Akhada' between the singles and the jodi. In tonight's episode, Khan sisters, Dipika Kakkar and Srishty Rode will be called in for a face-off by Salman Khan. After the winning Jodi is declared, Salman Khan will bestow a special power to the contestant.