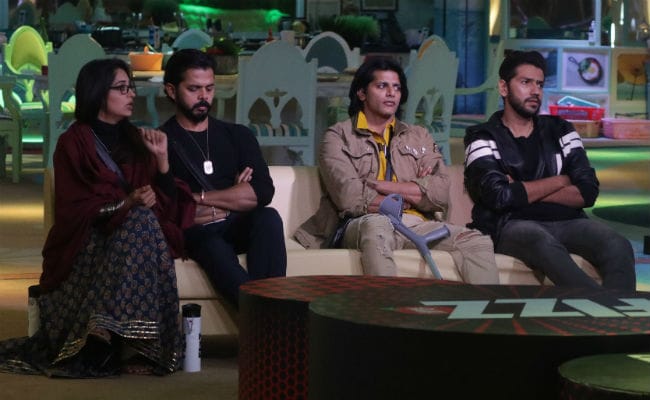 Sreesanth, Dipika Kakar, Karanvir Bohra, Deepak Thakur and Romil Chaudhary are the top five finalists of Bigg Boss 12, after a surprise mid-week eviction of Surbhi Rana. On Friday's episode, Bigg Boss gave the finalists a last chance to justify themselves on all the allegations which had been put against them. Vikas Gupta (Bigg Boss 11 finalist) Jai Bhanushali were invited to be the moderators, along with a journalist. The contestants were called in turns to explain themselves after the moderators put forward the allegations put on them by the audience. Deepak was the first one to be called. He was questioned for playing the small town boy card only to his advantage.

Sreesanth, who came next, was questioned by Vikas Gupta about his anger issues and why he uses his 'celebrity status' during arguments. After a long discussion with Sreesanth, it was time for Karanvir Bohra to take over the chair. Vikas Gupta questioned Karanvir's leadership qualities in the show and blamed him for his unselfish behaviour. Karanvir, in his defence, said that he has always tried to prioritise himself over others when required.

Dipika Kakar was questioned by Jai Bhanushali for only maintaining her bond with Sreesanth and not interacting much with the rest. He also asked her if she feels that her journey in Bigg Boss 12 was overshadowed by Sreesanth. Dipika disagreed to the allegations made against her and said sjhe is proud of her and Sreesanth's friendship, which is one of the strongest bonds in the Bigg Boss house.

Romil Chaudhary was the last contestant to be called. Both Vikas and Jai opposed to his actions in the house and said he doesn't know how to main relationships.

On Saturday, Bigg Boss will show the five finalists their journey in the house and on Sunday, Salman Khan will host the finale episode.