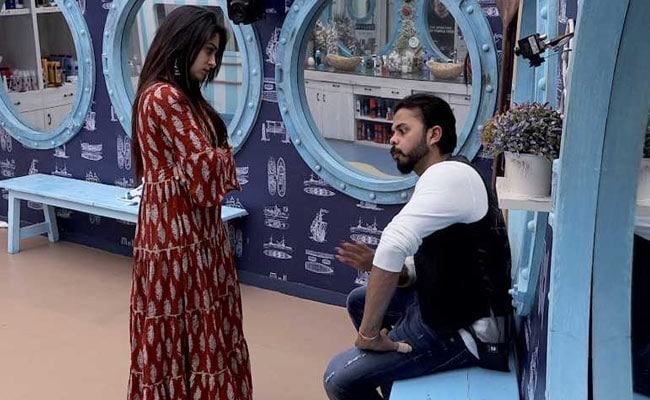 The Bigg Boss fire station task was the last leg of the show and each contestant tried their best to outsmart their opponents in the game. For the uninitiated, Bigg Boss had announced the fire station task as a part of which a fire brigade and two buildings opposite to it were set up in the garden area. The contestants had to be the firefighters. With each fire alarm, two contestants had to go in the fire brigade and mutually decide who they want to save for the finale week. Each contestant gave in their best shot to survive and find their spot in the finale. So, in such a situation it's needless to say that nothing went smoothly. In the last episode, Romil Choudhury and Surbhi Rana were nominated for eviction. Today, Karanvir, Somi, Romil and Deepak had decided that they would not leave the fire station station whatsoever. Did the plan work, in case you are eager to know. No, it didn't.

Karanvir Vohra and Sreesanth got into an serious argument after the latter took the seat in the fire station and he was called "cheater" by Karanvir. This comment did not go down well with Sreesanth, who left the task mid-way and let Dipika take his seat in the fire brigade instead. Dipika and Deepak became the firefighters, who had to choose between Sreesanth and Karanvir. After much ado, Dipika and Deepak save Karanvir from eviction.

Will Dipika's decision affect her friendship with Sreesanth?