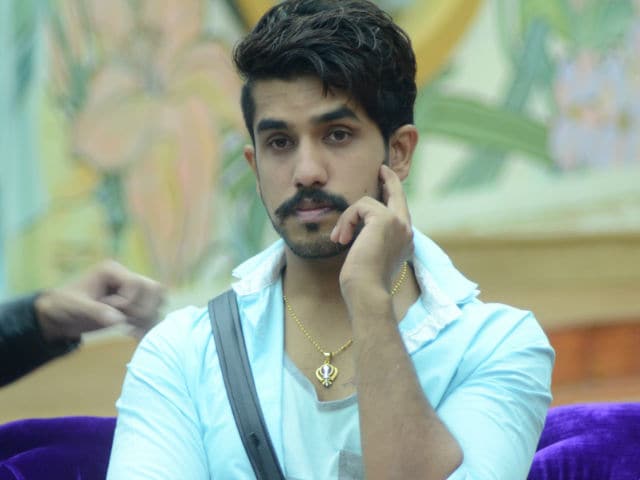 Suyyash in a still from Bigg Boss 9.

New Delhi: Actor Suyyash Rai said that his stint in Bigg Boss 9 taught him how to live with people he doesn't like. His journey on the show ended after 83 days of stay.

Suyyash, who started his journey in television in 2009, said he is a short-tempered person, but the reality TV show taught him tolerance and the value of people.

"I am short tempered, but I have learnt to be a little calm; learnt to live with people I do not like. In life, if one doesn't like a certain person, we have the option of walking out, but in the show, one had to see that person everyday all the time. You have to talk to the person as well," Suyyash told IANS, while sharing his experience.

"I have also learnt to do daily chores of a house. Things that I never did, I did all that. Learnt how to wash clothes, learnt to value so many people and things we tend to take for granted, like parents, sister and the food cooked at home. I missed that the most," he added.

Talking about the effect of the show and its various tasks on his real life relationship with girlfriend Kishwer Merchant, Suyyash shared that Bigg Boss 9 took nothing away from him. Kishwer is still a contestant on the show.

"My relationship with Kishwer has strengthened. Bigg Boss has given me (more), not taken anything from me," he said, adding that the show's host Salman Khan's taunts on Kishwer being the dominating one didn't pinch him at all. (Also Read: Ratan Rajput Clears 'Misconception' About Life After LBigg Boss)

He said it is natural that "if you love someone, you listen to that person and sometimes you just cannot say no. So, such things do not matter".

A former Splitsvilla contestant, Suyyash, who has earlier featured in shows like Pyaar Kii Ye Ek Kahaani and Phir Bhi Na Maane...Badtameez Dil, said he entered Bigg Boss 9 without a strategy. And he's glad because the show's "creative team and Bigg Boss make sure that it does not work".

Moroccan model Nora Fatehi was also evicted from the show, along with Suyyash.