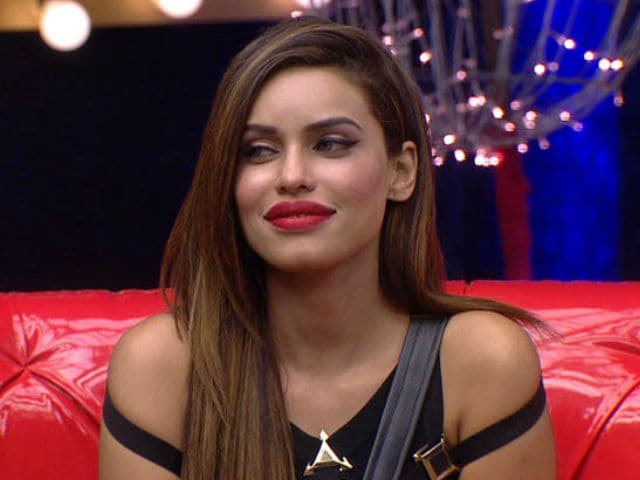 Gizele Thakral in a still from Bigg Boss 9.

Mumbai: Former Kingfisher calendar girl and actress Gizele Thakral, who entered the Bigg Boss 9 house as a wild card entry, was on eliminated from the show on December 27.

Gizele, who will be next seen in adult comedies Mastizaade and Kya Kool Hain Hum 3, joined the reality shows three weeks back along with Nora Fatehi. She was nominated along with Suyash Rai, Rochelle Rao, Priya Malik and Mandana Karimi.

After being voted out of the show, Gizele said that she is very disappointed as her stint at Bigg Boss 9 turned out to be a brief one. But she hopes to share screen space with the show's host and superstar Salman Khan, even if it's just for a single scene.

"The experience was amazing. I would want to stay there more, so obviously I am disappointed. I am very disappointed," she told IANS.

She said that one of the reasons for her being voted out so soon was probably because she doesn't have fans.

"People don't know me. So, for a newcomer who looks like me, because my look is very outrageous - I have big lips - for people to accept that kind of face is a little difficult. People initially think that I am a b***h. Maybe, to know me and to realise that I am a good girl, people need time," said the 25-year-old model-turned-actress. (Also Read: How Bigg Boss Contestants Celebrated Salman Khan's Birthday)

Is Nora Fatehi, who joined the reality show along with her as a wild card entry, more entertaining than her?

"Nora is very smart. She was clear that she would have an affair with either Rishabh Sinha or Prince Narula. That was her strategy, and I am not like that. I am not a fake person," she said.

But Gizele has only kind words for her former co-contestant and Kya Kool Hain Hum 3 co-star Mandana Karimi.

"Mandana was exactly the same what we saw from outside. She is not fake. We had a professional relationship and also did a movie together though we didn't hang out. She helped me when I got injured so, that moved me. It made me behave like a shield to her after that. I thought somehow she was the target," she said.

Though she is upset about her early departure from the show, she is looking forward to the release of her film Kyaa Kool Hain Hum 3, which will hit the screens on January 22 next year.

"When I came out and saw the movie's trailer, I got really happy. I hope the audience accepts me. I know it's a sex comedy, but I have given my 100 per cent," said the actress, who wants to do more reality shows and movies.

What about working with Salman?

"I want to work with Salman also. After meeting him, I kind of admire the way he is. He is like an angel. He would come every Saturday (on the show) and sort out our differences. I would love to work with him even if it's just a scene or a song," she said.

Any wishes for the superstar who turned 50 on Sunday?

"Be the way you are. You are a living legend. I pray for your good health, prosperity, success and keep entertaining us the way you do," she said.