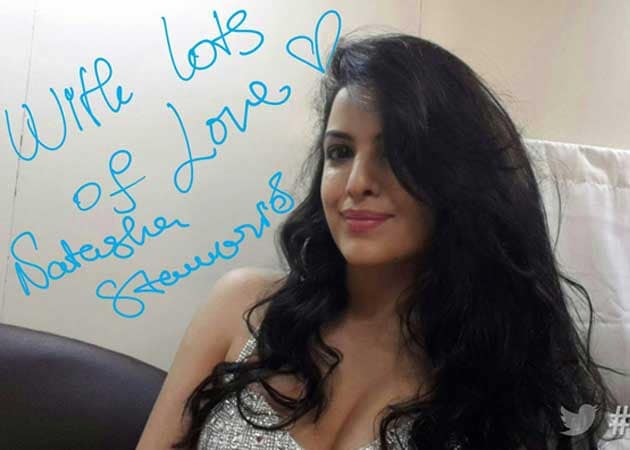 Serbian model-actress Natasa Stankovic, who appeared in an item number in Satyagraha, says she took up Bigg Boss to build a career in Bollywood.

Natasa is one of the 15 contestants to participate in the eighth season of the Salman Khan-hosted controversial reality show, which requires contestants to speak in Hindi.

"I decided to do the show because I want to improve my Hindi, which is not good at all. I need to learn the language as I want to stay here and join the Hindi film industry. I hope that the show helps me get into films not just songs but good roles in movies," Natasa said before entering the house.

The model said she is nervous about being the only foreigner inside the house and how she will be perceived by fellow participants.

"There are a lot of emotions inside me. I am scared, excited, nervous. It is going to be very difficult because I have never lived with so many people before. Also, I know it will not be easy being a foreigner. I don't know how people will react to me," she said.

Promoted
Listen to the latest songs, only on JioSaavn.com
However, Natasa, said she will not get into any confrontations and will steer clear from negative people. "I am a very friendly person. I am not much into fighting and arguing. I do not know what will happen in the house. But I will stay away from any kind of confrontations and negativity," she said.