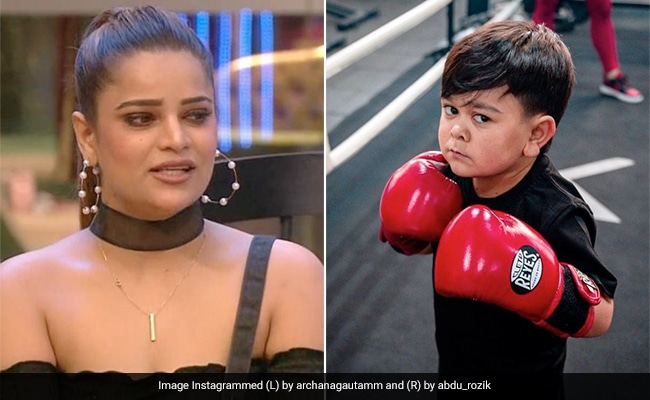 Drama and fun never stop in the Bigg Boss house. Now, in the latest episode of the 16th season of the reality show, hosted by Salman Khan, Archana Gautam was expelled from the house for getting into a fight with Shiv Thakare. However, before the incident with Shiv, Archana received flak from her housemates for mocking new captain Abdu Rozik. She called him a “foreigner” and a “biased captain.” In a promo clip, Archana can be heard saying that she is “sick” of people treating the Tajikistan singer as a kid. It all happened when the contestants were asked to rate Abdu's captaincy on a scale of 10. While Tina Datta and Shiv gave him full marks, Archana gave Abdu six out of 10.

Archana Gautam expressed that housemates should treat Abdu Rozik like an adult because he is their competitor. Demanding that the captain should be changed, she added, “Mujhe lagta hai Abdu ko change hona chahiye kyunki wo bhi ek adult hai (I think Abdu shouldn't be the captain).” The actress-politician also said that Abdu is biased towards Nimrit Kaur Ahluwalia, for whom the singer has a soft spot and a few other contestants.

After listening to Archana Gautam's complaints, Abdu Rozik got furious and slammed her for raising questions over his captaincy. Replying to Archana's comment where she called him a bad captain for sleeping all the time, Abdu said that he wasn't well and that's why he was resting.

In another segment of the show, Archana Gautam was asked to leave the house after she got into a fight with Shiv Thakare and held him by his neck. It is still uncertain whether she will re-enter the show over the weekend.