Bigg Boss 14 Written Update October 12, 2020: Sara Gurpal is the first contestant to be evicted from the house 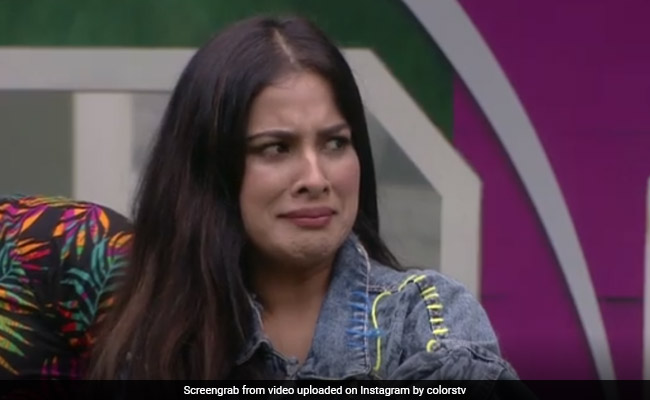 Bigg Boss 14: Sara Gurpal in a still from the house. (courtesy colorstv)

Tonight's episode of the TV reality show Bigg Boss 14 was full of twists and turns. The nominations for evictions usually take place on Monday and so was the case in tonight's episode. However, there was an unexpected twist. Bigg Boss announced nominations as well as eviction on the same day. As a part of which, earthen pots with pictures of all the contestants were placed in the garden area. Each contestant had to place a picture of the person they nominated on the pot and had to break it. Nikki Tamboli, who was declared the first confirmed contestant on the show, was safe from the nomination process. All the contestants had to nominate two contestants each along with their reasons. Nishant Singh, Rahul Vaidya, Shehzad Deol, Sara Gurpal, Eijaz Khan, Abhinav Shukla and Jaan Sanu got the maximum nominations.

The seniors Hina Khan, Gauahar Khan and Siddharth Shukla were also given a special power by Bigg Boss. They had the power to eliminate any of the contestants from the house. Initially, Hina Khan picked Rahul Vaidya's name and Gauahar suggested Nishant's name for eviction. However, they collectively decided to evict Sara Gurpal from the Bigg Boss house.

On a lighter note, "toofani senior" Gauahar Khan interacted with one of her fans on a video call as a part of the 'Seniors se pucho sawal' session. Gauahar's fans asked her to pick three of her favourite contestants. Her first pick was Pavitra Punia. The second name that Gauahar took was that of Nikki Tamboli. The third person that Gauahar said, was her favourite was TV actor Eijaz Khan.

Meanwhile, Nikki Tamboli, who was safe from the nominations, was also given special power, to allot essentials to the other inmates. Jasmin Bhasin happily sacrificed her salami packets for Eijaz Khan and Shehzad Deol, who had earlier helped her in the game.