Bigg Boss 14 Written Update October 9, 2020: Even Rubina's husband Abhinav Shukla said: "I do not agree with you" 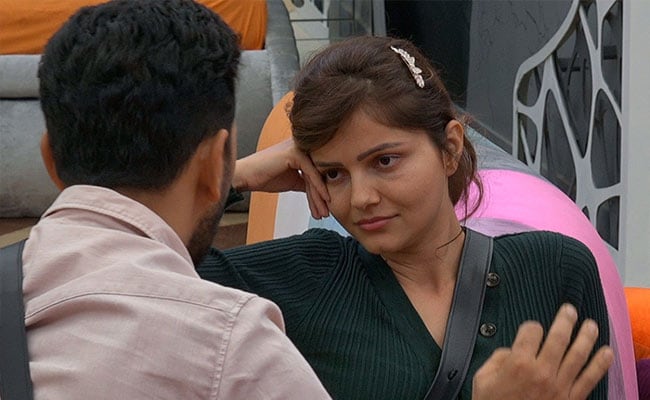 Bigg Boss 14: Rubina Dilaik in a still from the show

Friday's episode of Bigg Boss 14 turned out to be yet another eventful one but one contestant found herself rather cornered. Rubina Dilaik, who was just allowed entry into the house, wanted to clarify the rules of the BB Mall and tried to convince the housemates to ask the seniors to be a little bit more lenient with the "items" they can procure from the BB Mall. Rubina then read out the rules from the Rule Book and declared that if a salwar suit is not considered as one "item" then a pair of shoes should also not be. Hina Khan, who is in charge of the BB Mall, reiterated to Rubina's statements by saying that she won't be considerate anymore and one piece of shoe will now be considered as one "item."

This irked the rest of the housemates as they were complacent with the way things were before. They all tried to explain to Rubina that her ranting in front of the seniors made the situation worse. Rubina, in her defense, kept saying she simply wanted to help. Even her husband Abhinav Shukla said: "I do not agree with you." Rubina then had a huge fight with Eijaz Khan, who kept yelling at her about how she messed up a previously agreed upon arrangement with the seniors.

Rubina Dilaik, who lost her cool, arrived at the conclusion that the seniors plotted against her so that she gets into an argument with the housemates. Gauahar Khan said she had to speak up because Rubina was accusing her of playing nasty with the housemates.

Soon enough, Bigg Boss announced a new task as part of which, the housemates could take back the power of immunity from Abhinav Shukla and Nikki Tamboli. They were to sit in a tractor kept in the garden area while the rest of the housemates were to try and make them get up. They smashed Nikki's make-up, threw chilies and sprayed shaving foam on Abhinav and Nikki - Nikki left his spot, which was taken by Pavitra Punia.