Bigg Boss 14: Aly Goni became of the center of attraction 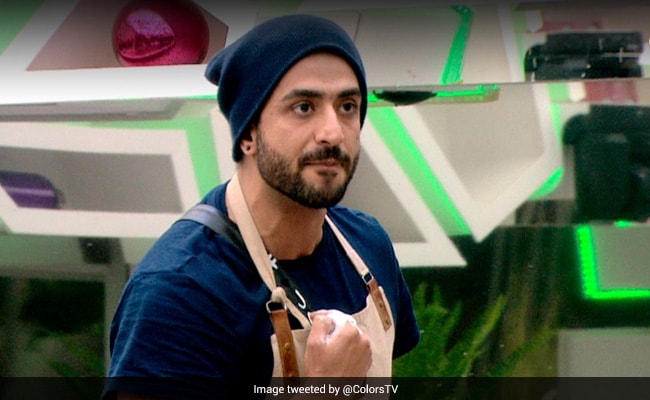 Bigg Boss 14: Aly Goni in a still from the show. (courtesy ColorsTV)

In tonight's episode of Bigg Boss 14, all the contestants woke up to the tunes of the song Crazy Kiya Re. After the Weekend Ka Vaar episode and Jasmin Bhasin's eviction, all the contestants were affected big time, especially Aly Goni. In tonight's episode of the TV reality show, Aly put the blame of Jasmin's eviction on Rakhi Sawant. He said that Rakhi had once said that he and Jasmin should get separated and that did happen eventually. He said that he was hurt with the fact that she wished for him and Jasmin Bhasin to be separated. Rakhi Sawant justified her stance and she said that Jasmin was not evicted because of her. An angry Aly added that everything is not for camera and that feeling should be respected too.

After an extensive war of words between Rakhi Sawant and Aly Goni, the latter tried to explain things to her peacefully and said that she should understand his pain. After his massive fight with Rakhi, Aly was all praises for Rubina Dilaik. He said that she tried to pacify the situation and that she was there for him when he was extremely vulnerable post Jasmin Bhasin's eviction. He added that he got a very positive vibe from her. He also said that he has started respecting her even more.

In another segment of the show, Sonali Phogat said that she can't make eye contact with Aly Goni anymore. When Arshi Khan asked Sonali if she is in love with Aly Goni. Sonali replied, "Kuchh keh nahi sakte." Rahul Vaidya asked her if she has ever been in love with anyone. She said that she fell for someone two years back. Later, Aly Goni and Sonali danced together as Rahul Vaidya sang a romantic track.