Bigg Boss 14: Sidharth Shukla Says He Has A "Girlfriend At Home." The Internet's Guess Is Shehnaaz Gill 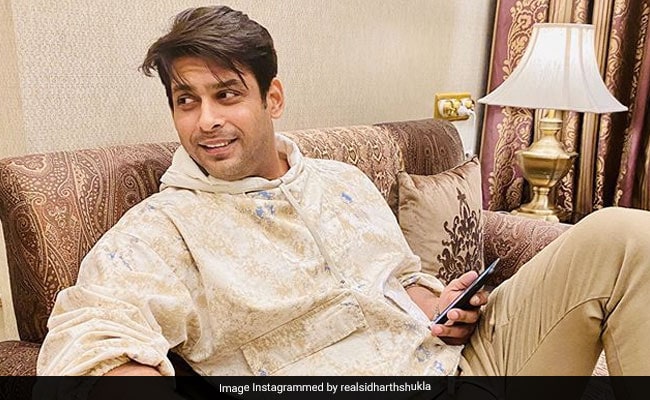 Sidharth Shukla, who currently features as one of the senior members, along with Gauahar Khan and Hina Khan on the TV reality show Bigg Boss 14, occupied a spot on the list of trends on Wednesday. On Tuesday's episode, the actor asked fellow senior Gauahar Khan not to touch him during the task because he has a girlfriend. "You can't be touching me, I have a girlfriend at home," the actor said. After Sidharth's comment, a section of the Internet thought that the actor was talking about former Bigg Boss contestant Shehnaaz Gill, who confessed her love for the Balika Vadhu actor on several occasions in last season of the show.

See some of the tweets here:

"We have got Shehnaaz Gill in the House"
I HAVE A GIRLFRIEND AT HOME #SidharthShukla#SidNaazpic.twitter.com/PFiWchoS3w

Sidharth saying I HAVE A GIRLFRIEND AT HOME!

I have a girlfriend at home and girlfriend be like : pic.twitter.com/538DAJN1oS

"Listen i am engaged dont do this"
"I have a girlfriend at home you can't be touching me"#SidNaazpic.twitter.com/Dm5oDbC6Oq

This is absolutely superb I HAVE A GIRLFRIEND AT HOME #SidNaazpic.twitter.com/RBVIDcjhuo

#SidNaaz is trending with