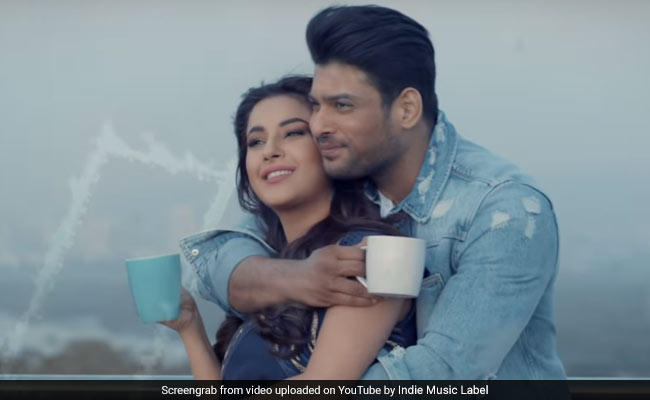 Shehnaz and Sidharth in a still from the video. (courtesy YouTube)

The song Bhula Denge released on Tuesday afternoon and it went viral in no time. The title of the song echoes the very feeling of it. The song showcases the love story of Sidharth Shukla and Shehnaz Gill. The almost three-and-a-half minute long video perfectly encapsulates the essence of modern day romance, where Shehnaz Gill leaves Sidharth, and he stands still, hoping for his love to return. During the course of the video, we see Sidharth reminiscing over the old times spent with his lover. The video takes a surprising turn when Shehnaz walks back to Sidharth, but he walks away - which puts the song's title Bhula Dunga into perspective.

The track has been sung and composed by Darshan Raval and the lyrics are by Gurpreet Saini and Gautam Sharma. Check out the video of Bhula Dunga here:

During Bigg Boss 13, Shehnaz confessed her love for the Balika Vadhu actor on several occasions. The contestants became good friends on the show.