Bigg Boss 14: Ahead Of The Grand Premiere, Salman Khan Shares A Pic From The Sets

"#BiggBoss14 coming to you this weekend," wrote Salman Khan 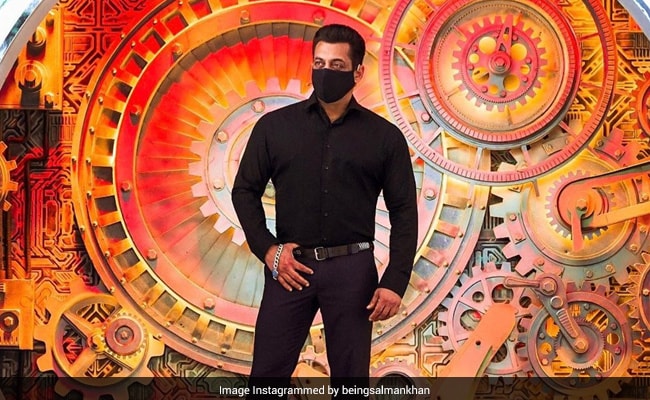 Ahead of the grand premiere of Bigg Boss 14, Salman Khan teased his fans about the new season of the reality show by sharing a picture from the sets. Bigg Boss 14 will premiere on Saturday at 9 pm. On Thursday, Salman Khan posted a picture of himself sporting a suit and a face mask and posing on the new set of the reality show. He also captioned it in his own style. "#BiggBoss14 coming to you this weekend...," wrote the actor. Reacting to the post, several users dropped comments like "So excited" and "Bigg Boss 14 will rock!" Check out the post here:

#BiggBoss14 coming to you this weekend...

Just a couple of days ago, Salman Khan introduced the first contestant of the show - singer Jaan Kumar Sanu. He announced the contestant's name during a virtual press conference, which was also attended by Bigg Boss 13 winner Sidharth Shukla and former contestants Hina Khan and Gauahar Khan.

Colors TV, on which Bigg Boss 14 will air, also gave us a tour of the mall, theatre, spa and restaurant built inside the house for the contestants. Here are the photos, take a look:

Also, did you check the interesting Bigg Boss promos that Colors TV has been sharing? We bet it will keep you hooked till the end. Check out some of them here:

Salman Khan has been primarily anchoring Bigg Boss since 2006. Other stars who have hosted the show are Amitabh Bachchan, Shilpa Shetty, Sanjay Dutt, Farah Khan and Arshad Warsi.

The last season premiered on September 30 and concluded on February 15.