Bigg Boss 13Written Update, October 21: Paras Chhabra was the first one to be declared safe in tonight's episode 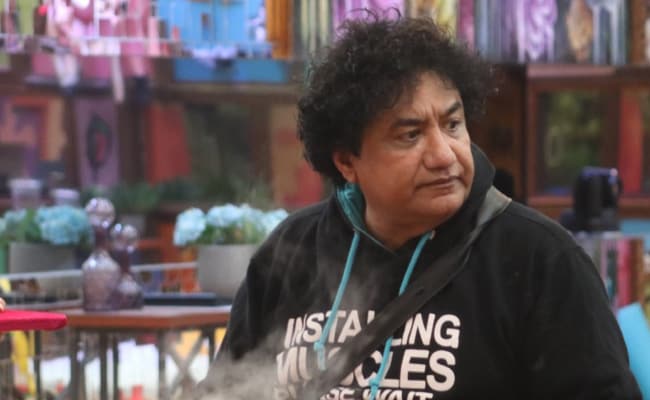 Bigg Boss 13: Abu Malik in a still from the show.

The eviction process on Bigg Boss 13, which usually takes place on the Weekend Ka Vaar, was postponed to Monday this time as the IIFA Awards were telecasted on Colors TV on Sunday. This is the first time that the Weekend Ka Vaar was postponed on the show this season. In tonight's episode of 'Somvaar Ka Vaar' as the show's host Salman Khan called it, Abu Malik was evicted. The final decision lied in the hands of the female contestants, who had to pick between Siddharth Dey and Abu Malik and they unanimously picked Siddharth Dey, leading to Abu Malik's eviction from the house.

Salman Khan made a grand entry in tonight's episode by dancing to Duniya Mein Aaye Ho Toh from his film Judwaa. Salman Khan, as always, entertained the housemates by conducting an interesting game. As a part of the game, all the inmates had to guess the names of those contestants, who they thought had made a statement about them by spraying on their faces. Except, Devoleena Bhattacharjee, all the contestants guessed the names wrong. After the task, Salman stated that it Devoleena had given out the "most dangerous" statements against her fellow contestants.

In another segment of the show, Made In China stars Rajkummar Rao, Mouni Roy and Boman Irani visited the sets of Bigg Boss 13, to promote their upcoming film. Mouni Roy challenged Salman, Boman and Rajkummar Rao to take up the 'Odhni Challenge,' as a part of which, they had to use the odhni as a prop and showcase their moves with it.

Coming back to Salman and the housemates, the actor Salman gave the contestants a doll house task, wherein the male contestants had to pick up a doll named after a female contestant, who they thought doesn't deserves to be in the finale and had to drop the doll named after them into a bucket. Shefali Bagga's doll wasn't dropped into the bucket by any of the contestants and she emerged victorious in the task, which gave her a special power. Shefali had the power to decide which contestant will be spared from the daily chores till Bigg Boss' next order. She picked Shehnaz Gill.