Bigg Boss Season 13 Episode 19 Update: Salman Khan reprimanded Siddharth Dey for his behaviour towards the women in the house 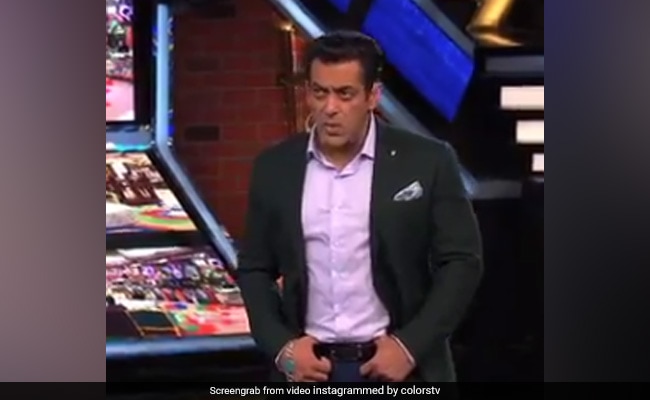 Salman Khan is back with 'Weekend Ka Vaar' and this time, he reprimanded the male contestants over their behavior towards the girls in the Bigg Boss house and gave them a reality check. While the episode was a mix of tasks, complaints and nominations, it wouldn't be wrong to say that Taapsee Pannu and Bhumi Pednekar's visit to the house made it cent-percent entertaining. As the episode started, Salman Khan declared that the housemates have made groups - Siddharth Shukla's and Paras Chhabra's teams - and they are not cooperating with members of the other team. He listened to their complaints and called them in the witness box to justify their actions. When Salman asked Devoleena, she called Siddharth Dey in the witness box and accused him of touching her cheeks. She also pointed out his sexist remarks and said Siddharth Dey never thinks before he speaks.

When Rashami Desai was asked who she will call in the witness box, she picked Siddharth Shukla claiming that he's a bully in the house and had even called her a 'gutter.' She also stated that he threatened to beat Siddharth Dey once they exit the show. To this, Mr Shukla clarified that Siddharth Dey deliberately insulted Aarti during a task, which is why he got into an argument with him.

Salman Khan then asked the other contestants about Siddharth Shukla's behavior. Shehnaaz Gill expressed her opinion that she likes Mr Shukla and Rashami's 'jodi' and that they should become good friends. When Siddharth Shukla was given the chance to justify his actions in the Bigg Boss house, he said he is often misunderstood by others. He also accused Paras of manipulating people against him.

Later in the day, Taapsee Pannu and Bhumi Pednekar visited the show to promote their upcoming film Saand Ki Aankh. After taking a tour of the house, Taapsee and Bhumi introduced the contestant with another new member of the house, the 'sand,' which accompanied them inside the house. Taapsee Pannu and Bhumi Pednekar asked the contestant to buckle up for a fun task called 'Saand Ki Laat'. According to the task, each contestant had to take a name of another contestant, who they wanted to get on the rodeo bull and hoped to see them fall off it. This act took a very funny turn, when Siddhartha Dey chose Shefali to fall from the top of the bull. On the other hand, Paras chose Abu for talking nonstop in front of the guests. Some misunderstandings also got clarified when Rashami told Aarti that she should not play under anyone's influence.

Bidding the housemates goodbye, Taapsee and Bhumi joined Salman Khan on the stage, Salman welcomed them and talked about their upcoming movie. Salman later asked them to try their luck at a Hulahoop but the duo asked him to do the iconic Dharmendra step on 'Jat Yamla Pagla Deewana' in return. The trio shared some fun anecdotes from their visit inside the Bigg Boss house.

Later, Salman introduced the power task of the week. He asked the contestants to drop 'sin boxes' in Paras and Siddharth Shukla's sacks. After Siddharth Shukla won the power card for getting less sin boxes in his sack, he was awarded his favourite dessert - yoghurt.