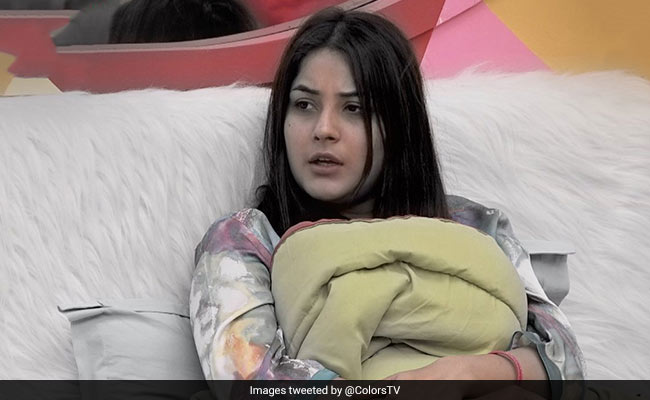 The tonight's episode of Bigg Boss 13 was an eventful one. It was a mix of drama, accusations and emotional confessions. The show started with Siddharth Shukla explaining his team members - Aarti, Asim and Shehnaaz - the relevance of ignoring fights in the house and maintaining team strength for all the tasks. Later, Shehnaaz talked to Siddharth Shukla and Aarti Singh about her issues with new contestant Himanshi Khurana. She told them her side of story and gave them an explanation of how how Himanshi took offense to her criticism. Himanshi, on the other hand, discussed her relations with Shehnaaz with the other group of the Bigg Boss house - Shefali, Mahira and Vikas. She told them that she was the person who helped Shehnaaz in need but the latter never acknowledged it and always mocked her on social media.

Amid all the tensions, Vikas Pathak aka Hindustani Bhau cracked several jokes to lighten up the moods of housemates. He first made fun of Paras' style of walking and called him "crab." Shefali Zariwala joined Vikas and the duo laughed their hearts out over Paras' walking style. He then, in the kitchen area, joked about Tehseen Poonawalla and left everyone in splits. It was Siddharth Shukla and Mahira Sharma's first day as the in-charge of the kitchen duties and like always, they were at the loggerheads. When Mahira told Siddharth to cut vegetables, he said he will not listen to her and will do his part of duties only.

Shehnaaz Gill, in other part of the house, told Aarti that she wants to quit the show as she is not enjoying anyone's company in the house. Aarti replied that because of Bigg Boss, she has become a popular household name and she cannot quit the show as it is against the rules. After a tensed discussion, Shenaaz started crying. Later, she started maintaining distance from her former teammates Siddharth Shukla, Aarti and Asim. Asim also warned Siddharth about Shehnaaz after the formed expressed disappointment over Shehnaaz's changed behavior. Asim told him that Shehnaaz is trying to play safe by targeting them. The housemates were shocked when Himanshi revealed how Shehnaaz used to fight with her before coming to the show.

The contestants woke up to the song Zingaat on the next day. Siddharth Shukla and Mahira's kitchen fight continued on the 37th day also but this time, Aarti Singh tried to solve the matter. However, things got ugly when Paras called Aarti "Gadhi" and it lead to a big abusive fight. Later, Bigg Boss announced the nomination task for the week. The new contestants were asked to nominate two old contestants and vice-versa. Since Aarti was announced as the house caption, she was declared safe by Bigg Boss. The task started with Paras, followed by Siddharth Shukla, Shehnaaz, Shefali, Himanshi and Arhaan. When Arhaan nominated Asim and called him Sidharth Shukla's "chela," Asim got aggressive. Siddharth Shukla supported his friend and the duo challenged Arhaan for the game ahead. Aarti, given the power, announced Asim as the safe contestant.