Bigg Boss 13: 'Was Being Projected As The Villain,' Says Shefali Bagga On Fight With Shehnaaz Gill

Bigg Boss 13: Shefali Bagga was reprimanded by Salman Khan several times for her aggressive behaviour on the show 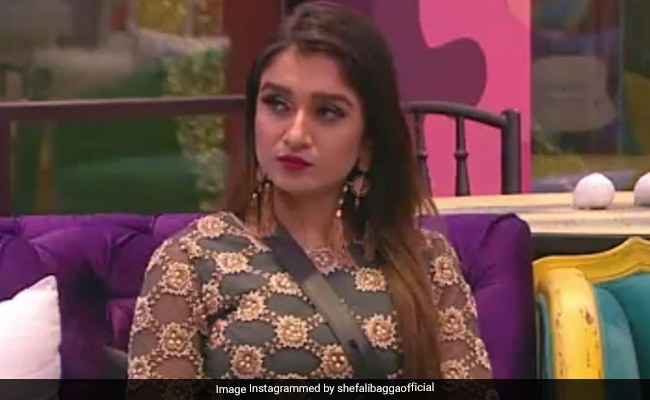 Bigg Boss 13: Shefali Bagga in a still from the show. (Image courtesy: shefalibaggaofficial)

Shefali Bagga, who was arguably one of the most controversial contestants on the TV show Bigg Boss 13, got evicted on Weekend Ka Vaar (more on that later). The entertainment journalist occupied the top spot on the list of trends on Monday, for a recent interview with The Indian Express, wherein she talked about her journey on the TV reality show and how she was "projected as the villain" during the fight that she had with her fellow contestant Shehnaaz Gill. When Shefali was asked if her fight with Shehnaaz affected her eviction from the show, the news anchor said, "Maybe. I really felt that I was being projected as the villain in the fight. What I did and said was not with the intention to hurt anyone. It was a reaction to something that was said to me. I never thought that it could have such a bad impact. But the moment I realised it, I apologised for my actions."

Shefali Bagga and Shehnaaz Gill had a major fight during the 'BB Snake And Ladder' task, wherein she and Siddharth Dey made derogatory remarks about the singer and called her 'characterless' because of which Shehnaz broke down. During an episode, Shefali said, "Baar baar dusro ko chhu rahi hai, rang laga rahi hai ye sabko dikhai de raha hai...baar baar touch karne ke bahane dhundh rahi hai." Shefali Bagga was reprimanded by the show's host Salman Khan for her extremely violent and insensitive behaviour towards Shehnaaz.

When Shefali was asked if she thought Salman Khan was unfair to her and that he took Shehnaaz Gill's side during the show, she told The Indian Express: "I wouldn't say that but yes, I felt Shehnaaz was equally at fault. Just because she abused and that got beeped out, nobody got to know what she said. But she used a very derogatory word for my character and what I said was a reaction to that."