Bigg Boss 13 Written Update January 23, 2020: Captaincy Task Brings Out The Worst In Shehnaz Gill And Others 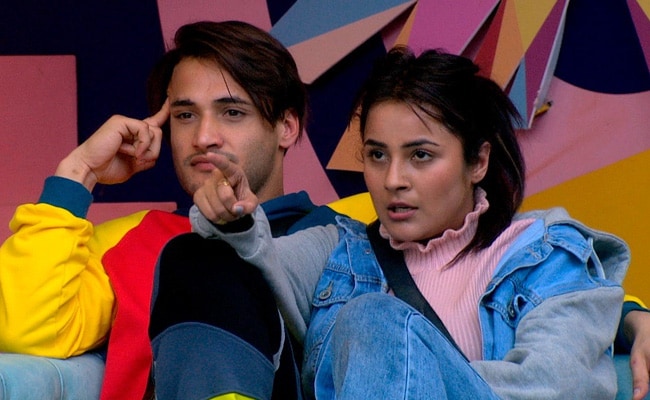 Bigg Boss 13: Asim Riaz and Shehnaz Gill in a still from the show.

As always, this week's captaincy task in Bigg Boss 13 brought out the worst in all the contestants. As a part of this week's task, Bigg Boss announced that the house will be attacked by a huge spider and every time the spider moves, eggs will get collected. Baskets with names of every contestant were placed in the garden area and each contestant had to collect the eggs at regular intervals and put it in their respective baskets. The housemate with the least amount of eggs in the first round was eliminated from the task and became the moderator of the task. Sidharth Shukla and Asim Riaz were not allowed to participate in the task for their aggressive behavior.

Shehnaz Gill surprised everyone in the house by changing sides during the task. Sidharth called out Shehnaz for her attitude at the beginning of the task. Mahira Sharma, who was also upset with Shehnaz's behavior, criticised her for not staying true to her friends.

After the first leg of the task, moderator Vishal Aditya Singh decided to call out the task. He later declared Shehnaz Gill as the winner of the first round. The contestants did not accept Vishal's decision. Bigg Boss reprimanded Vishal for lying and being extremely inefficient during the task. Bigg Boss addressed Vishal as the most confused sanchalak ever.

During the beginning of the episode, the contestants were seen fighting over the daily chores. Rashami Desai, who is mostly in charge of the kitchen duties, was asked by other contestants to let them take on the responsibility of cooking food. Paras blamed Rashami for not cooking smaller things and said that she only wishes to do only the bigger tasks. Rashami defended herself, saying that Paras is always trying to accuse her and is full of negativity.