Bigg Boss 13: Salman Khan told Paras Chhabra: "She has called me up to find out what is happening." 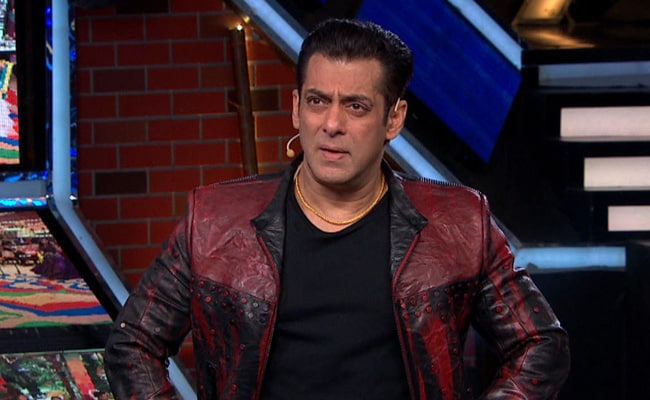 Bigg Boss 13: Salman Khan in a still from the show

Bigg Boss 13 host Salman Khan lost his cool during a heated exchange with contestant Paras Chhabra. In a promo of a Weekend Ka Vaar> episode, Salman points out to Paras that his rapport with fellow housemate Mahira Sharma appears to be more than friendship, which has left his girlfriend concerned. Salman revealed Paras Chhabra's girlfriend Akansha Puri called him up to "check" what's happening between Paras and Mahira inside the Bigg Boss 13 house. "Paras, Mahira yeh jo aap dono kar rahe hain, yeh friendship nahi lag raha hai. (Whatever you two are doing, it doesn't look like just friendship). It's more than friendship," Salman tells Paras and Mahira and mentions Akansha's name, which instantly gets Paras worked up.

The contestants ask a visibly agitated Paras to calm down and hear up Salman but he goes on saying: "Main koi bekaar ki baatein lunga nahi (I won't tolerate useless things)." In a surprising turn, Salman told him: "She has called me up to find out what is happening."

Salman also warns Paras to keep his behaviour in check: "You keep your voice down. Don't use this tone with me. Kya fame mil gayi hain yahaan par, dimaag kharab ho gaya hai (Little fame on the show has gone to your head)."

Bigg Boss 13 is currently in its final leg of the show. Watch this space for more updates on Bigg Boss 13.