Bigg Boss 13: In tomorrow's episode, Siddharth Shukla will be asked to leave the show due to his deteriorating health condition 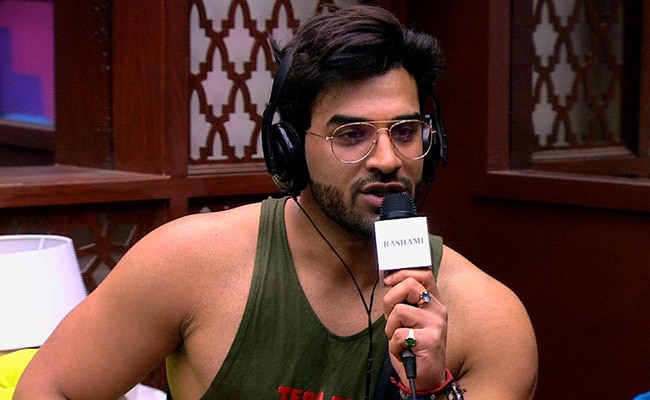 Bigg Boss 13: Paras Chhabra in a still from the show.

Tonight's episode of Bigg Boss 13 was full of drama, what with Paras Chhabra returning to the house and this week's new captain being announced. Vikas Gupta was announced as the new captain for this week. Paras, who was monitoring all the activities going on in the house from the secretroom along with Siddharth Shukla, entered the house and he received a warm welcome from Mahira Sharma and Shehnaaz Gill. After his return, Paras called out his fellow contestants and addressed them as "fake." Paras spilled the beans on how Arhaan Khan had told Shefali Zariwala about Rashami's financial condition and that he helped her during tough times. However, much to Paras' surprise, Rashami defended Arhaan, saying that he indeed was a huge support to her.

On a lighter, a special pampering and grooming session, was organised in the house, as a part of which six contestants, including this week's captain Vikas Gupta, were given the opportunity to get a haircut, manicure, pedicure, head and foot massages by experts. Vikas Gupta was given the power to pick any five contestants who could enjoy the grooming session. Vikas picked Shefali Bagga, Shehnaaz Gill, Rashami Desai, Asim Riaz and Shefali Zariwala as they helped him during the task.

In tomorrow's episode, Siddharth Shukla will be asked to leave the show due to his deteriorating health condition. The Balika Vadhu actor was diagnosed with typhoid and he continued staying in the secret room under proper supervision.