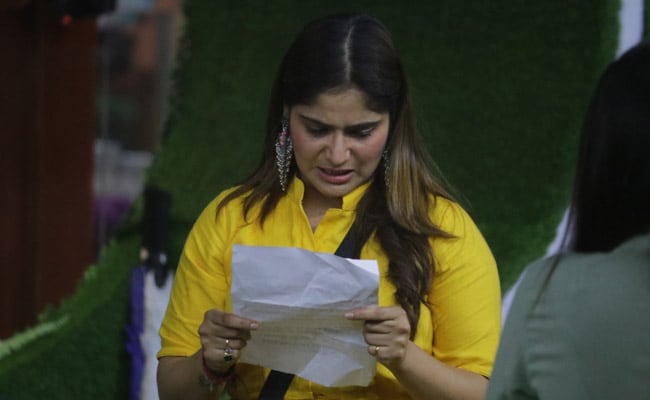 Bigg Boss 13: Aarti Singh in a still from the show.

Tonight's episode of Bigg Boss 13was extremely emotional as the inmates received special letters from their family members, but there was a catch to it. Bigg Boss announced this week's captaincy task, called the 'Bigg Boss Post Office' task, as a part of which a special post box was set up in the house. Letters from Aarti, Shehnaz, Mahira, Asim, Shefali and Rashami's families were sent, with a mix of empty envelopes. Every time the song Chitthi Aayi played, one name was announced and the remaining contestants had to grab the original letter in order to make it to the next level of the captaincy task. The contestants had the choice to give the letter to their co-contestant or to destroy it.

Vikas Gupta and Shehnaaz Gill were seen teaming up, especially against Rashami. Shehnaaz even cheered Vikas for destroying Rashami's letter. Meanwhile, this season's most controversial contestants Sidharth Shukla and Paras Chhabra sat back and enjoyed watching the others play while they were resting in the secret room.