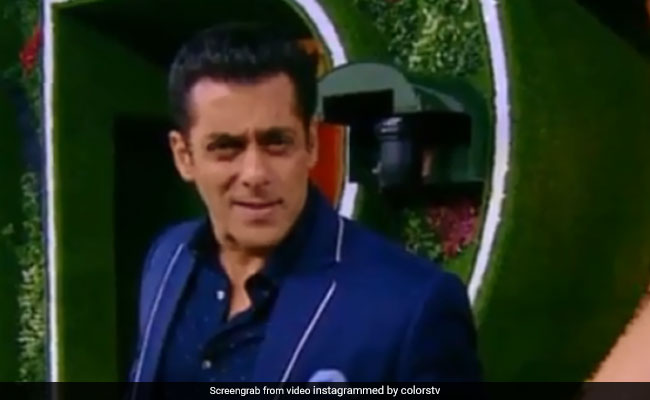 The 13th season of Bigg Boss went on floors on Sunday and night and the show's host Salman Khan welcomed the contestants in a grand manner (but more on than later). During the premiere, the actor introduced all the contestants. However, there was one oopsie that we couldn't help but notice, which also put Salman on the top spot of the trends list on Monday. Here's what happened - as Salman Khan was about to welcome the 12th contestant of the show, the actor mistakenly referred to Koena Mitra as Katrina Kaif. Salman couldn't help but smile about the slip of tongue that he had. The video of Salman Khan's goof up has been curated by several fan clubs on social media.

you accidentally take names of people that are on your mind or someone you spend whole lotta time with #salman#katrinapic.twitter.com/IosTGEkqTf

Bigg Boss 13 will air on the weekdays at 10:30 pm on Colors TV. This is Salman Khan's tenth season as the show's host. Other than Salman Khan, stars like Amitabh Bachchan, Shilpa Shetty and Arshad Warsi have hosted the show.