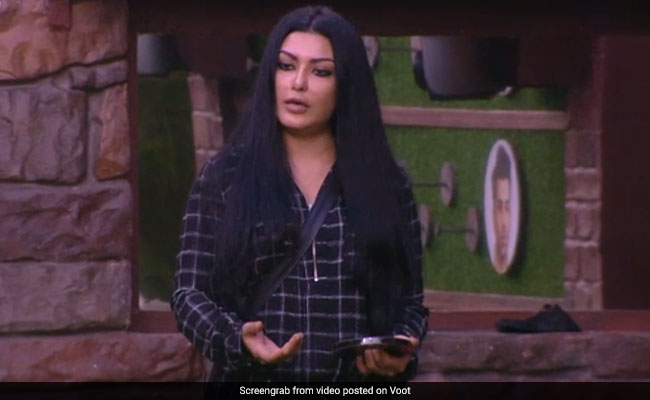 Actress Koena Mitra was the star of Friday night's episode of Bigg Boss 13 after she called writer Siddhartha Dey out for saying Devoleena Bhattacharjee and Rashami Desai were 'jobless actresses.' It all started when Rashami chided Shehnaaz Gill for her random accusations against 'a famous writer in the industry' Siddhartha Dey, which the writer interpreted as a 'sarcastic remark.' Siddharth Dey then turned on Rashami, who has featured in shows like Uttaran and Dil Se Dil Tak, and accused her of being mocking his 'celebrity status.' After Saath Nibhaana Saathiya actress Devoleena Bhattacharjee tried to intervene, Siddhartha Dey slammed her too and later speaking to others he referred to Devoleena and Rashami as 'jobless actresses.'

Siddhartha Dey also said that he had to leave several projects to participate in Bigg Boss 13 while Devoleena and Rashami are on the show as they were out of work after 'doing two or so shows.'

During lunch, Koena Mitra took up the matter with Siddhartha Dey and asked him not to pass such insensitive remarks about others. When Siddhartha Dey defended himself saying that he never called Devoleena and Rashami 'jobless,' Koena accused him of lying to her face. The Internet was mighty impressed with Koena for standing up for Devoleena and Rashami. Several Twitter users predicted Koena will go a long way on the show with her poised temperament and during confrontations.

Here are some tweets on Koena Mitra:

I love this quality of #KoenaMitra to not beat about the bush and come straight to point. The way she cross questioned #SiddharthDey was damn good, direct to point. And best was part "Aapko kya gun point pe lekar aaye hain yahan"

This girl is something else.#BB13#BiggBoss

OMG! #KoenaMitra is such a BAE!

When she speaks; she DEMANDS the attention n ensures that the other person listens!!

The way she spoke to Siddharth Dey n how she supported Rashmi; COMMENDABLE!

She DESERVES to be in finals! Period! #BB13#BiggBoss13

#KoenaMitra knows how to confront anyone without raising her voice, without getting distracted from the topic.

#KoenaMitra is one hell of a Woman!

Took up the topic with #SiddharthDey like a BOSS! #BB13#BiggBoss13

I actually don't remember many BB contestants who couldn't shut someone's mouth without raising their voice,without getting aggressive.#KoenaMitra is the first one at least for me#BB13#BiggBoss13