Bigg Boss 13: Koena Mitra Reveals Her 'Possessive' Ex-Boyfriend Locked Her In Bathroom Once

Koena Mitra said she didn't 'dare date anyone' after breaking-up with him. 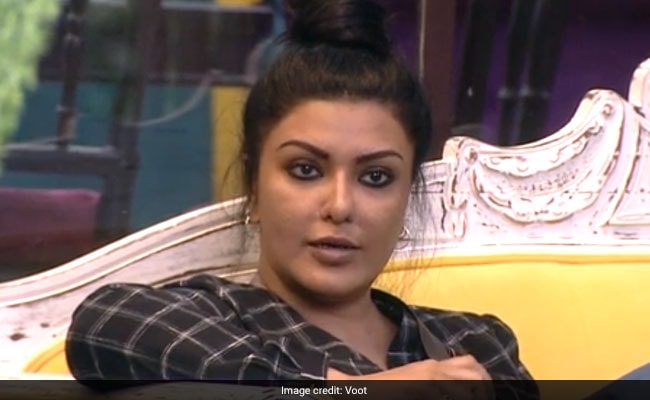 Actress Koena Mitra topped the list of trends on Saturday after she opened up about her personal life on Friday night's episode of Bigg Boss 13. In a segment on the show, Koena was seen chatting with her fellow housemates, one of whom asked her about her personal life and if she's dating someone. Koena Mitra said that she's not dating anyone for now and then talked about her ex-boyfriend from Turkey, whom she described as 'possessive' but she did not reveal his name. Koena Mitra said that once when he was in Mumbai, he locked her up in the bathroom of her apartment as he didn't want her to leave for work.

Koena Mitra shared details of her troubled relationship with her fellow housemates and said that her ex-boyfriend frequently insisted she met his parents in Turkey. Once when she asked him what he'd do after they were married and lived in Turkey, he told Koena that he'd burn her passport to prevent her from leaving Turkey. Koena Mitra said that even as a joke she was alarmed by this statement. They broke up after a few years and Koena said that for at least three years she didn't 'dare date anyone.'

In Bollywood, Koena Mitra has featured in films like Ek Khiladi Ek Haseena and Apna Sapna Money Money. She is best-known for her appearance in the song O Saki Saki from Musafir.