Bigg Boss 13 Preview, October 4: The female contestants will have to prepare a report card for the male inmates 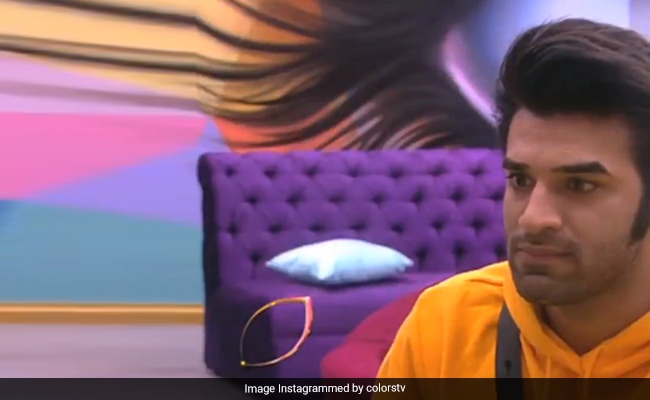 In tonight's episode of Bigg Boss 13, TV actress Mahira Sharma and singer-actress Shehnaaz Gill will be seen fighting for Paras Chhabra's attention, going by the video shared on the official Twitter account of Colors TV. The video begins with Mahira alleging that Shehnaaz gets extremely uncomfortable when she sees Paras along with her. Shehnaaz loses her cool on hearing Mahira's complains and says that "Paras is not Mahira's boyfriend." What follows suit, is an exchange of nasty comments on the part of both the contestants. Interestingly, Paras Chhabra, who shares a cordial relationship with both the housemates, is seen enjoying the entire fight instead of pacifying it. In a previous episode of the show, Shehnaaz told fellow contestant Koena Mitra that there is "nothing serious" between her and Paras and that she is only flirting with him.

In another segment of the show, the female contestants of the show will be allotted a special task, as a part of which, they would have to prepare a report card of sorts for all the male housemates. As a part of the task, the women of the house will be seen listing their complains and will decide who they want to save in the game. Here's a snippet from that segment of the show.

Thursday's episode of Bigg Boss 13 was full of surprises. Bigg Boss called off the first task of the season after the members of the winning team failed to derive upon a unanimous decision of choosing this season's first queen. Members of Team B decided to vote for Devoleena Bhattacharjee as the queen for the coming week. However, Shefali Bagga decided to deviate from the decision and voted for herself, resulting in the task being called off.