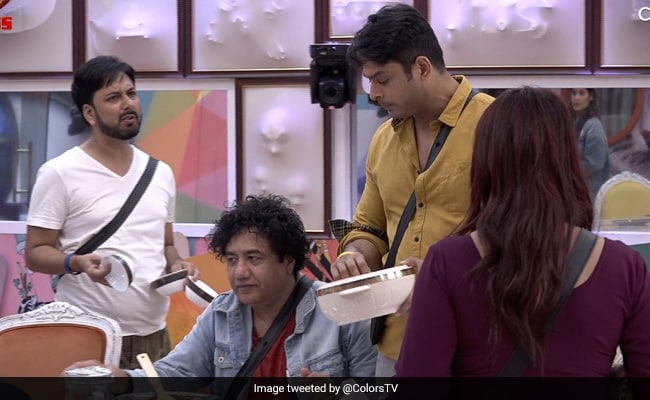 On the second day of Bigg Boss, the contestants tried hard to forge connections with each other in order to survive in the game. Siddharth Dey got upset over misuse of one of the washrooms and asked the housemates to use the washrooms carefully. Paras started flirting with Mahira, following which Aarti teased Paras for not flirting with her. Siddharth Shukla and Devoleena prepared the lunch and Devoleena taught him how to mash tomatoes. Shehnaaz Gill discussed her feeling for Paras with Aarti. Soon after, a fight broke out between Siddharth Shukla and Siddharth Dey, where the former accused Mr Dey of eating the food before everyone else without thinking about the ration quantity.

Later in the day, Bigg Boss announced a new task and selected Siddharth Shukla, Paras and Abu Malik for it, where the female contestants were asked to give heart -shaped pillow to one of the boys, who they think won't break their trust. Devoleena and Aarti chose Siddharth while Mahira, Koena and Rashami gave their pillows to Paras. Abu Malik got only one pillow from Shehnaaz.

Bigg Boss then introduced the season's first nomination in quite a style. Siddharth, Abu Malik and Paras were asked to select a lucky girl, who they would like to save this week and give the heart-shaped pillow to her. Siddharth nominated Devoleena while Paras nominated Rashami, Shefali, Dalljiet and Koena for elimination round. Following the task, Shefali got into an argument with Paras about his negative views for her.

On the third day, the ration conversation turned into a serious discussion between all the housemates after another fight broke out between Paras and Asim over making tea frequently in a day. The events inside the house took romantic turns as Paras and Dalljiet discussed his love life interests while Shehnaaz revealed to Koena that she is not serious about Paras and is only flirting with him. By the end of the day, the housemates told Shehnaaz that she has to handle the rationing well otherwise everyone will suffer, following which she started crying.

In tomorrow's episode, we will see what's brewing between BFFs Rashami and Siddharth Shukla.