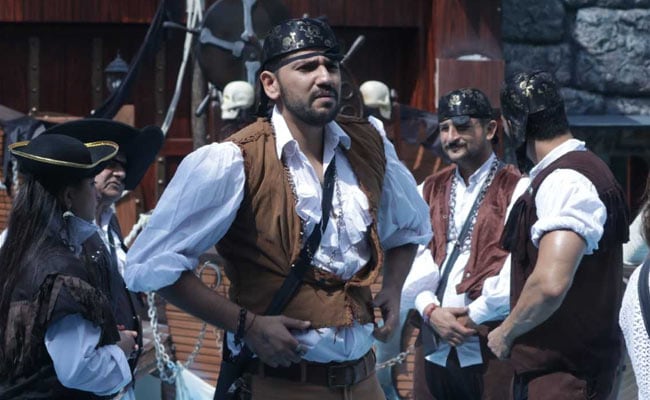 With Bigg Boss announcing the luxury budget task on Tuesday, the atmosphere in the house got a little intensified. This was the first luxury budget task of Bigg Boss 12 and the participants gave in their best. For the uninitiated, Bigg Boss luxury budget task decides the extra commodities contestants will get to make their stay more comfortable in the upcoming week. The task will also have a simultaneous impact on the captaincy task as well as the upcoming nominations. Bigg Boss introduced the 'Samundari Lootere task where the jodis were once again competing against the singles. Kriti Verma-Roshmi Banik were the sanchalak of the task.

According to the task rules, single celebs will have to be the prisoners of the pirate jodis first. The prisoners will be seated on a chair and will have to protect a golden ring from being snatched by the jodis. Jodis will try their best to attain the ring in whichever way possible.

With contestants planning ways and means to attain the ring, S Sreesanth warns them that if anybody crosses the line he will beat them up. Neha Pendse sits on the chair first and the pirate jodis keep no stone unturned to torment her but she does not give in. After Neha, its Srishty Rode's turn to sit on the chair. She breaks down after jodis attack her with soap water. Dipika Kakar, who sits on the chair next is disqualified by Kriti after she gets up from the chair. Karanvir Bohra also survives the Samundari Lootere task.

The torture by the jodis doesn't seem to stop. Will @KVBohra win this round? #BB12#BiggBoss12pic.twitter.com/MUncrj19Fn

.@SrSrishty couldn't complete the task and she gives away the ring! #BB12#BiggBoss12pic.twitter.com/tUqkPJqv1X