Bigg Boss had a punishment for the contestants, who had broken basic rules of the house 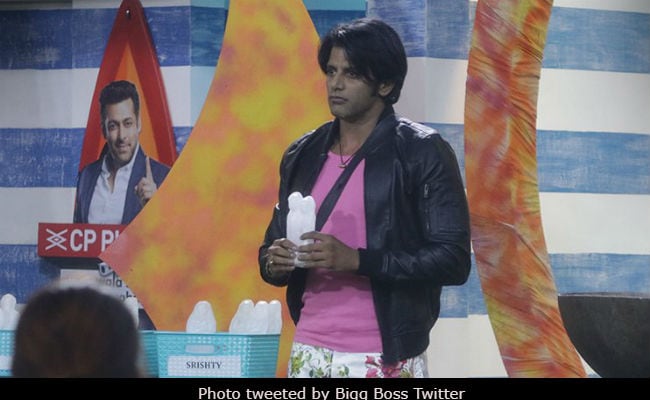 Bigg Boss contestants might have surely rejoiced the fact that there was no eviction in the first week of the reality show but brace yourself folks, tough times are ahead for them. Bigg Boss had a punishment for the contestants, who had broken basic rules of the house like sleeping during the day, switching their mics off, keeping them aside for conversations or speaking in English. Kriti Verma and Roshmi Banik's (current captains) were punished by Bigg Boss for their careless attitude. Bigg Boss revoked the safety (from eviction) clause in Kriti and Roshmi's captaincy tenure, which disheartened both the contestants.

In the next segment, open nominations was announced by Bigg Boss amidst the setup of a graveyard. In order to nominate a particular contestant the housemates had to pick up the wax statues of the jodi or singles and put it in a melting pot and also state the reason behind nominating them.

Bigg Boss also announced that they cannot nominate Karanvir, Nirmal and Romil. Since Kriti and Roshmi had the power to save one jodi or single from being nominated, they saved Deepak and Urvashi. Then came Jasleen and Anup Jalota, who nominated Dipika Kakar and Srishty Rode. Jasleen's reason behind nominating Srishty was her minimal contribution towards household chores. Urvashi and Deepak also nominated Depika. Neha Pendse was also nominated by them. The Khan sisters voted against S Sreesanth and Dipika. Romil calls Dipika one of the strongest contenders and cites this reason for nominating her. The duo also nominated Neha. Kriti appears to be shocked when Karanvir nominates her. Karanvir Bohra, Romil Chaudhary-Nirmal Singh, Dipika Kakar and Kriti Verma-Roshmi Banik get nominated for elimination.

The Khan sisters - Saba Khan and Somi Khan - get into an argument with Kriti Verma and Roshmi Banik. Nehha Pendse has discussion with Srishty Rode and Dipika Kakar that Kriti is the reason behind Roshmi's downfall.

Watch this space for more updates for Bigg Boss 12.