After the names were announced for the captaincy task, Bigg Boss introduced a twist in the tale 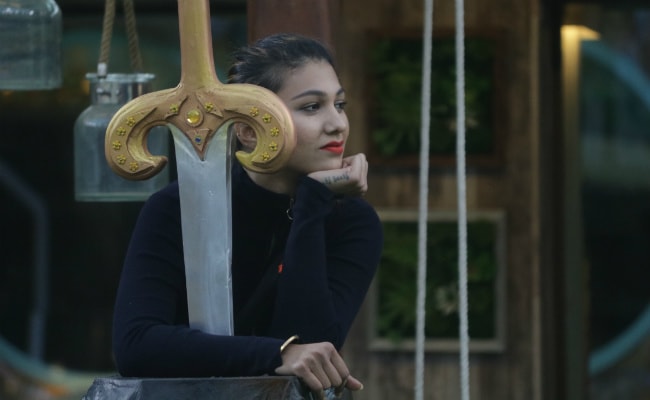 Thursday's episode of Bigg Boss 12 was an eventful one. It's when the housemates were to decide a new captain. But, but, but... Bigg Boss, who always ensures that the housemates don't have it easy, made a big decision on the episode. For the captaincy task, those who performed relatively well during the Luxury Budget task had to be nominated with the housemates' consent. While the names of Surbhi Rana, Dipika Kakar, Romil Choudhary and Deepak Thakur were finally nominated, Rohit Suchanti got upset with Surbhi for not taking his name. Megha Dhade, who desperately wanted to participate in the task, also got upset and felt left out.

After the names were announced, Bigg Boss introduced a twist in the tale. He said not the nominated contestants but other housemates were to participate in the Captaincy Task as representatives. Dipika picked Megha while Romil chose Jasleen Matharu. Deepak opted for Karanvir Bohra while Surbhi took Rohit's name. The task was that the participants were to protect the respective swords of who they are representing from being drawn out. Four swords, bearing each of the contender's names, were placed in the garden area. Meanwhile, the contenders of captaincy were to try and convince representatives of their competitors to leave the sword unguarded.

Meanwhile, as Sreesanth wanted to participate in the task, Surbhi Rana began to taunt him, who eventually lost his cool. A war of words turned ugly when Surbhi challenged Sreesanth and both of them got aggressive. Deepak and Dipika intervened to calm the two down but to no effect. Later, Surbhi and Sreesanth picked up their fight again inside the house.

As the task began, the contenders of captaincy were seen to help each other and make no efforts about convincing the competing representatives to give us their swords. Disappointed with their lack of sincerity, Bigg Boss intervened to announce that after each buzzer round, one contestant must leave the house. Even after this, the contestants failed to come to a consensus about who should leave the task in the first round. Bigg Boss then dismissed the task and announced that this week, there will be no captain of the house as punishment.