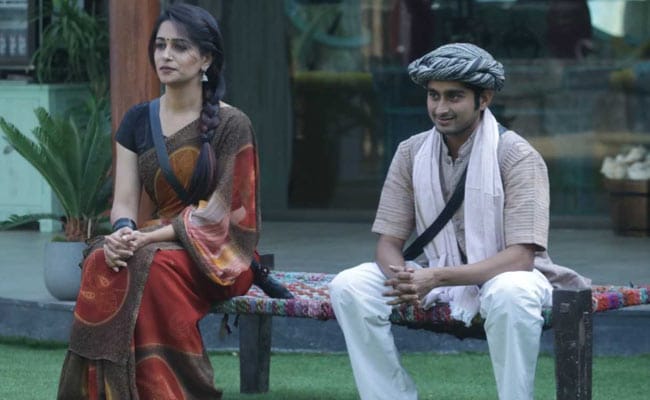 The game is getting interesting with each passing day and tonight's episode was no different with its share of twists, turns and fights. The day started with the song Desi Girl, giving the housemates a hint of what was in store for them. Bigg Boss summoned everybody to the leaving area where he announced this week's luxury budget task, the Bigg Boss Panchayat task. As a part of the task, the contestants got a desi makeover. For the task, the contestants were divided into two teams. Team A headlined by Dipika Kakar also included Romil Chaudhary, Sreesanth and Megha Dhade. Team B headlined by Deepak Thakur included Rohit Suchanti, Karanvir Bohra and Surbhi Rana.

Deepak and Dipika were the mukhiya of their respective teams while Jasleen Matharu and Somi Khan were the sarpanch. Deepak and Dipika had to present their cases in front of sarpanch and make their allegations against contestants they think are not suitable to be part of the <>Bigg Boss house.

In the first round, Deepak presents his allegations against Romil and said that he is a "calculative" player. The accusation is accepted by Dipika and Romil is summoned to the witness box. Romil presents his side of the story and Dipika argues the case further. After the first round, both the sarpanch come to the conclusion that the winner is Dipika.

In the next round, Deepak accuses Romil of being double faced. Deepak alleged that in front of Somi he appears to support her but he calls her "weak" in her absence. After much deliberation, both the sarpanch consider Deepak as the winner of the round.

Dipika accuses Rohit of being rude and passing comments on fellow contestants. Team Dipika gets points for this round. The first part of luxury budget task comes to an end with this round.