Will the changed dynamics affect the relationship between the housemates? 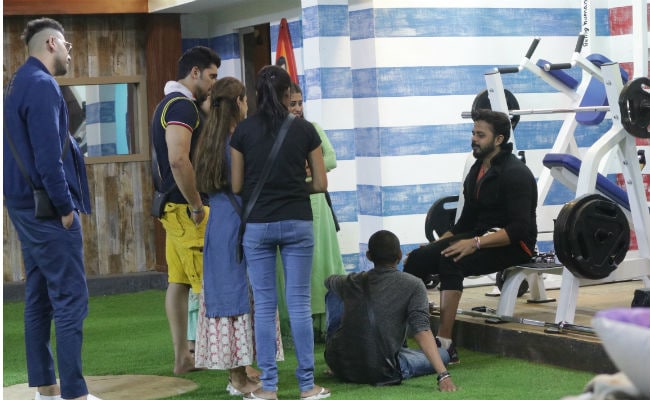 Tonight's episode of Bigg Boss 12 was replete with twists and turns. Unaware of S Sreesanth and Anup Jalota's re-entry in the house, the housemates woke up to the tunes of the song Do Mastane Chale Zindagi Bitane, which was a subtle hint of what is in store for them. In tonight's episode, Bigg Boss entirely changed the dynamics of the game and declared that there will not be any more jodis in the house and that all the contestants will now be competing against each other. The nomination process took place in a different way. Before splitting all the jodis, Bigg Boss invited all the jodis to the activity area and asked them to decide, which one of them should be nominated for this week's eviction. As per Bigg Boss' instructions, the jodis had to nominated the contestants who according to them, were least entertaining. The contestants who were nominated for this week's eviction include Karanavir Bohra, Dipika Kakkar, Urvashi, Srishty Rhode and Saurabh.

On a lighter note, devotional singer Anup Jalota entertained all the contestants by singing Bachna Ae Haseeno from the confession room. Anup Jalota and Sreesanth received a warm welcome from all the housemates. Jasleen was delighted by Anup's presence, while Karanvir couldn't contain his excitement and got extremely emotional on seeing his friend Sreesanth.

In another segment of the show, Anup and Sreesanth told the housemates about the true colours of Dipika's personality and asked them to be alert of her. Dipika was on the radar of both Anup and Sreesanth. Anup Jalota also told Karanvir Bohra that he seems to be highly influenced by Dipika and he called Jasleen gullible. It will be interesting to see if the changed dynamics will affect the relationship between the housemates.