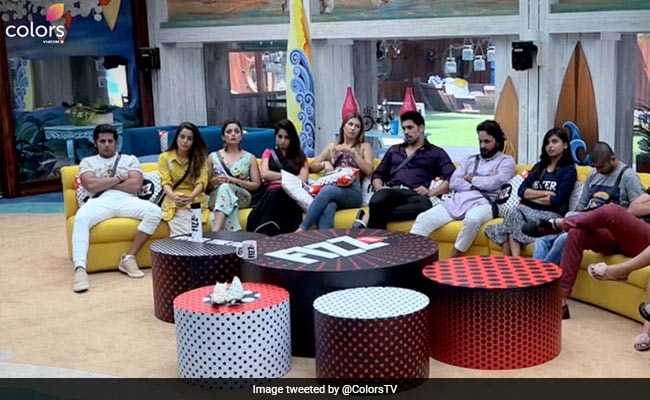 Friday's episode of Bigg Boss 12 began with the contestants trying to pacify Srishty Rode about last night's incident when Srishty and Saba Khan had an ugly fight, following which the duo have been banned from captaincy. However, later in the day, Srishty was also sent to the kal kothri along with Shivashish Mishra and Sourabh Patel. Nehha Pendse took Srishty's name as one of the contestants who should be sent to kal kothri because she tried to hurt her after last night's fight and Nehha is still irritated with that. Jasleen Matharu agreed that srishty was aggressive indeed during the previous task. But Srishty, in her defence, said: "Mujhe manzoor nahi hogi kaal kothri ki saza."

Friday's episode also witnessed several fights in the house - Karanvir Vohra was part of one, in which he accused Surbhi Rana of 'double standards'. Meanwhile, Saba and Sana Khan also argued with Karanvir over his comments about their participation in Bigg Boss.

Meanwhile in the secret room, while Sreesanth planned to take down Dipika Kakar, Anup Jalota blushed as Jasleen confessed she has been missing her partner.