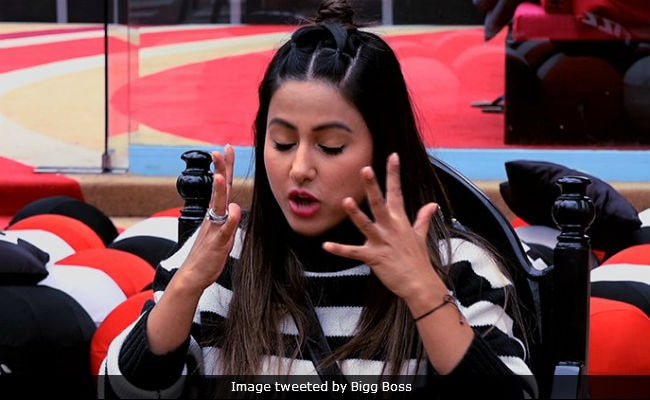 New Delhi: Day 102. After coming so far, the gharwale recollected their Bigg Boss memories and cherished them. Vikas Gupta stood as winner in the 'Arshi Chahti Hai' task, so he was given a special power. The task was titled 'Vikas City' and he became the dictator of the house. Each housemate had to obey Vikas' orders while Vikas didn't have to do any work in the house. Denying the orders or not obeying the rules, the gharwale had to press their respective buzzers and quit the task. Now a twist - Vikas would get Rs. 3 lakhs each, if any contestant left the task and quit the game.

.@lostboy54 gets a unique chance to win a cash prize by becoming the dictator of the #BB11 house. Catch this task, tonight at 10:30 PM on #BB11. #BBSneakPeekpic.twitter.com/V5oWlFtAOu

Mastermind Vikas' first chaal was to convince each housemate to press the buzzer. None of the housemates pressed the buzzer so Vikas asked Hina to clean his bed and arrange his clothes while Puneesh Sharma was asked to shave off his head by dictator Vikas, who waxed Puneesh's chest in the last task.

Hina arranged Vikas' clothes, which were tagged 'badbudaar' by Hina while Puneesh didn't shave off his head and hence pressed the buzzer (Rs. 3 lakhs added to Vikas' account). Shilpa Shinde was asked to prepare 'rabdi' for Vikas.

Then came the best part by mastermind Vikas Gupta - Hina and Shilpa had to behave like soul sisters and after each ten minutes had to hug each other and ask: "Didi kaisi hain aap?"

After being irked by Hina to an extreme level, Vikas pressed her buzzer. Hina and Vikas both were called in the confession room by Bigg Boss and were slammed for their indecent behaviour.

Shilpa and Vikas had a lovely day together. Shilpa cooked Vikas' favourite food and also made him eat with her own hands. Vikas praised Shilpa and called her pretty.

'Vikas City' task will continue in tomorrow's episode. Finale is just three days away. Are you supporting your favourite contestant?