"I don't even want to meet Hina or see her face again," says Shilpa 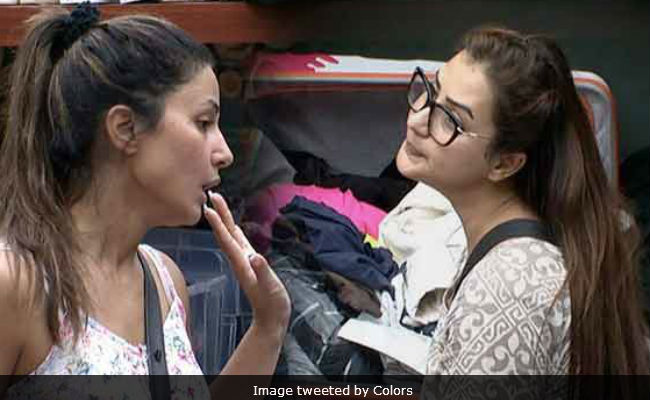 New Delhi: "I am glad I could beat Hina Khan," says Bigg Boss 11 winner Shilpa Shinde. In a recent interview with Indian Express, of her co-contestant Hina, Shilpa said, "I am glad I could beat her and this is an answer to all that she has told about me." Calling Hina a 'drama queen,' Shilpa added: "Do you remember she was awarded the title of a drama queen? She is definitely one! Whatever she has said about burying our hatchet is nothing but a farce. Neither will she do anything from heart nor do I want it. I am happy in my own space and so is she. Now that the show has ended, I don't even want to meet her or see her face again."

Shilpa had innumerous fights with Hina Khan and other contestants in the house. Hina also once tagged Shilpa as 'unhygienic.' Shilpa entered the Bigg Boss house with Vikas Gupta, who was one of the producers of Shilpa's show Bhabi Ji Ghar Par Hai!. At the beginning, Shilpa and Vikas indulged in several fights but later the duo resolved issues and became friends. In one of Bigg Boss' tasks, Shilpa even promised Vikas to work with him again. Of this Shilpa told Indian Express: "We have spoken about working in a web series but it will be just a cameo or a small appearance. It won't be a long association."

Shilpa also made some good friends in the house while co-contestants Arshi Khan and Akash Dadlani called her Shilmaa. "I have made some real relations in the house. I am thankful to Puneesh Sharma, who supported me and stood by my side when I was alone. I can assure you that I will maintain the friendships and bonds made in Bigg Boss 11 with a full heart," Shilpa said.

Promoted
Listen to the latest songs, only on JioSaavn.com
Salman Khan hosted the 11th season of Bigg Boss. Of Salman, Shilpa said, "He was really sweet and met all the contestants personally at the party. Salman told me that I am hundred per cent deserving of this trophy. He also told me that I am a really nice human being."