Bigg Boss 11's Hina Khan Won't Appear On Entertainment Ki Raat. No, It's Not Because Of Shilpa Shinde 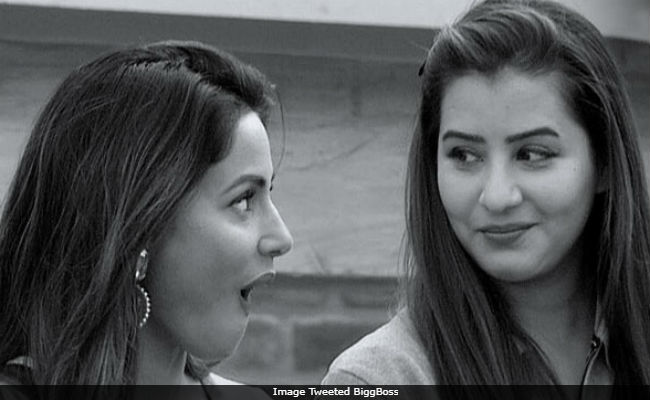 New Delhi: Bigg Boss 11 winner Shilpa Shinde and her co-contestants like Arshi Khan, Vikas Gupta and others have shot for an episode of chat show Entertainment Ki Raat. However, Hina Khan gave it a miss. It was believed that Hina did not appear on the show because of her issues inside the Bigg Boss 11 house with Shilpa. However, she refuted the rumours and told The Times Of India, "I am not aware of this at all. I have got to know it from you. I don't understand what is this all about. In fact, I was told about the shoot after BB finale, on the set itself. I had clearly informed that I would want to spend some time with my family whom I had met after so long."

Hina Khan lost to Shilpa Shinde during the finale. During their stay in the house, the duo often got involved in fights. Shilpa also said that she doesn't want to meet Hina now. "I am happy in my own space and so is she. Now that the show has ended, I don't even want to meet her or see her face again," Shilpa told Indian Express.

Of not appearing on Entertainment Ki Raat, Hina further explained, "Most importantly, my mother is unwell. She was overwhelmed seeing me after so long and inconsolable to an extent that she fell ill. She has never stayed away from me for so long. She just kept on crying. That's the reason why I said that I wouldn't be able to shoot for the show immediately. In fact, the channel guys had come to my vanity. They saw my mother's condition and said that I should take my time. I don't understand what's the hype about."

Promoted
Listen to the latest songs, only on JioSaavn.com
Towards the end of Bigg Boss 11, Shilpa and Hina played together in tasks and competed against Vikas Gupta. However, their friendship stayed for a few weeks only and in the finale week, things took an ugly turn.