Bigg Boss 11, October 2: Shilpa Shinde Vs Vikas Gupta Is Not The Only Fight On Tonight's Episode

Bigg Boss 11: Bhabhiji Ghar Par Hain actress Shilpa Shinde and Vikas Gupta, who is the producer of the show, have an early morning altercation on the show with both exchanging blames 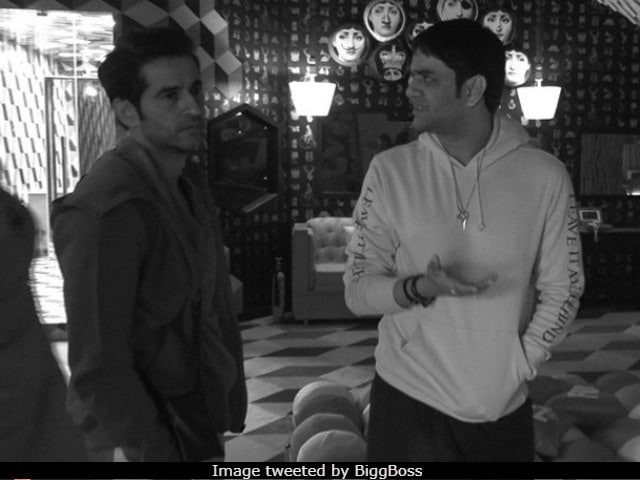 As a new twist this year, the show also houses for padosis, who are responsible for assigning tasks to the inmates and wreaking havoc in their lives. Sabyasachi Satyapathi, Luv Tyagi, Mehjabi Siddiqui and Lucinda Nicholas are the four padosis, who are placed at a separate location in the house.

Before it is 10:30 tonight, here's what you can expect from tonight's show.

Bhabhiji Ghar Par Hain actress Shilpa Shinde and Vikas Gupta, who is the producer of the show, have an early morning altercation on the show with both exchanging blames. The backstory here is Shilpa had quit the popular sitcom citing differences in opinion with the makers and claiming her demands were not met, while Vikas had alleged otherwise. On tonight's episode, Vikas says that he would not have joined Bigg Boss if he was aware that Shilpa was to be part of it.

The drama begins in the #BB11 house as Shilpa and Vikas get into a heated early morning argument. #BBSneakPeekpic.twitter.com/6z9BJFLAVM

However, this is not the only fight that takes place on tonight's episode. Zubair and Puneesh engage in a rather heated conversation when other contestants intervene to defuse the situation.

A war of words turns a little nasty as Zubair Khan and Puneesh Sharma clash in tonight's episode of #BB11. pic.twitter.com/OwtnSXx95Q

Promoted
Listen to the latest songs, only on JioSaavn.com
Meanwhile, the demanding padosis also have an unpleasant confrontation with the housemates, who are expected to serve meals to their neighbours. Luv Tyagi receives a firm response from Vikas, who tells the padosis to check their behaviour in check.