Bigg Boss 11: Hina Khan was asked why she has the habit to 'comment' on all the ongoing activities of the house like a 'Mohalle Ki Aunty' 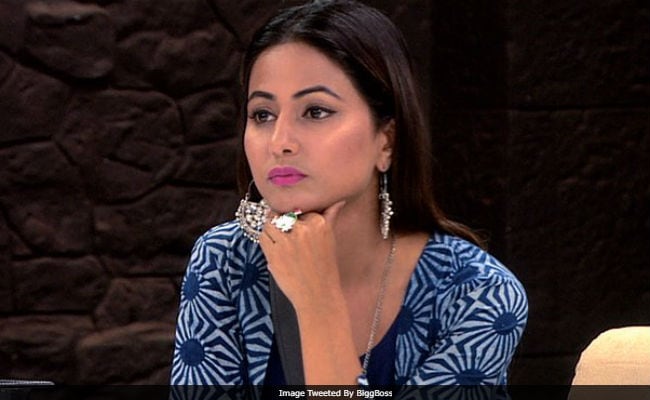 New Delhi: Earlier this week, during an interactive session with the press, Bigg Boss 11 contestant Hina Khan was asked why she has the habit to 'comment' on all the ongoing activities of the house like a 'Mohalle Ki Aunty.' Hina was questioned over her comments on Puneesh Sharma and Bandgi Kalra's romance on national TV also. Hina, in her defence, said that she has got full right to express her views and she would strongly do that. Soon after the episode got over, #MohalleKiAunty started trending and tweets like, "Meri #MohalleKiAunty ab #Hina se itni insecure ho gai hai ki pucho mat!. But must say they all are much better than #HinaKhan," were posted. Twitter seems to be convinced with Hina's 'Mohalle Ki Aunty' tag and netizens tweeted, "100%, I agree."

Bigg Boss hosted a special press conference inside the house. People from the press were invited for the session. Hina and Vikas were together questioned about why, according to them, Shilpa Shinde, who is always in the kitchen, doesn't 'deserve to win' the show. Hina commented on Shilpa's 'kitchen strategy' while Puneesh spoke in support if her.

Earlier, Hina was criticised for her 'overdramatic' sacrifice of Pooh (her soft toy). Also, last week, when her hair was pulled by a crowd gathered to meet the Bigg Boss 11 contestants in a Mumbai mall.

Hina Khan entered Bigg Boss 11 house in the celebrity group. She along with Shilpa, Vikas, Puneesh and Akash Dadlani, are in the race to finale, which is a week away.

Promoted
Listen to the latest songs, only on JioSaavn.com
Bigg Boss 11 is hosted by Salman Khan.

Watch this space for more stories related to Bigg Boss.