Bigg Boss 11, December 16: Salman Khan will try to mediate between Vikas Gupta and Priyank Sharma but in vain 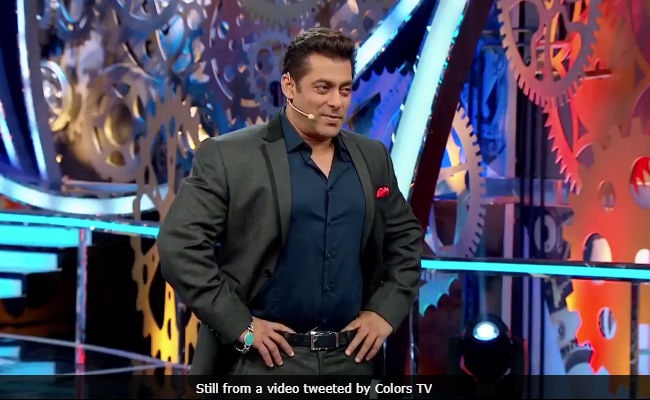 New Delhi: This week's highlight in controversial reality show Bigg boss has been Vikas Gupta and Priyank Sharma's fight, which will escalate in tonight's Weekend Ka Vaar wpisode. Tired of Priyank taking behind his back (and that too with Hina Khan and Luv Tyagi), Vikas asked Priyank to just stop talking about him - good or bad. But of course, politeness is not the way to get things done in the house. Priyank continues to discuss Vikas and his game plan with his friend much to Vikas' dismay. In tonight's episode, host Salman Khan will try to mediate between the two but in vain.

Vikas was especially upset with Priyank for unnecessarily dragging his mother into a task to provoke him (as part of the task). Vikas was shocked how Priyank 'demeaned his mother' and refused to accept his apologies. Vikas is (or was) Priyank's mentor and a family friend and Vikas considered his behaviour as base treachery.

.@lostboy54 & @ipriyanksharmaa start fighting in front of @BeingSalmanKhan. What will happen next? Find out tonight at 9 PM only on #WeekendKaVaar. pic.twitter.com/qwXxVt480L

In another segment, Salman Khan will try and reason with Arshi how by not letting anyone become the captain this week she undid her own hard-work. After winning the task, Arshi was admant that she became the captain for the second consecutive week because she wanted the captaincy on her merit and not because it was just given to her on a platter. She did not agree to take Shilpa Shinde as her contender, which Salman Khan says it the reason she lost all respect:

Promoted
Listen to the latest songs, only on JioSaavn.com
In tonight's episode, Naagin actress Mouni Roy will also enter the house to coordinate a special task with the members.