Bigg Boss 11 Asked Shilpa Shinde To Be On The Show, She Reportedly Said No 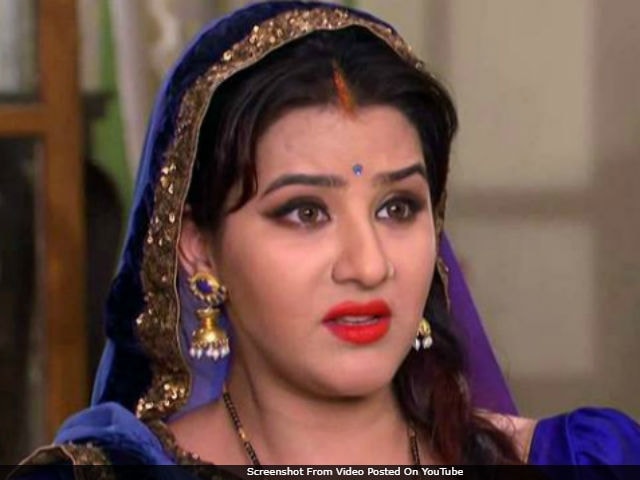 New Delhi: Television actress Shilpa Shinde, best-known for her role in Bhabi Ji Ghar Par Hai!, was approached for Salman Khan's Bigg Boss 11 but she's 'not interested' in the show, she told Pinkvilla. "They had approached me long back but I clearly said NO, I am not interested in Bigg Boss," Shilpa said. Bigg Boss 11, the controversial reality show, is expected to begin from October. Salman has hosted six seasons of the show so far. A couple of days ago, ABP Live reported that Shilpa was rejected for the show as she demanded Rs 4 lakh for each episode. However, Shilpa denied the reports and told Pinkvilla, "These reports are just rumours."

"Bigg Boss makers were keen on having Shilpa Shinde as their celebrity contestant, as she is beautiful, talented and short tempered too, which would be all the valid reason for her joining the show. If not this, then the controversies she carry with herself and has a great fan base was the reason she was approached by the makers. But now she is not part of the show as she demanded 20 Lacs as a signing amount and 4 lacs per day to stay in the camera-lockup house," ABP Live quoted a source as saying.

Last April, Shilpa Shinde, who played Angoori Bhabhi in Bhabi Ji Ghar Par Hai!, filed a sexual harassment case against the makers of her show earlier this year. In her complaint, she alleged, "Once make-up man Pinku Patwa saw producer Sanjay Kohli harassing me. Pinku was sacked the next day. When I spurned his advances, he sacked me from the show," reported mid-day. Later, Mr Kohli and his wife Binaifer filed a criminal defamation case against Shilpa.

The first promo of Bigg Boss 11 was unveiled a couple of weeks ago. Actors like Devoleena Bhattacharjee, Vikrant Rajpoot (ex-contestant Monalisa's husband) and Niti Taylor have been reportedly approached for the show.
Comments
Shilpa Shindebigg boss 11