Bigg Boss 11: Here's a recap of the fights between Shilpa Shinde and Hina Khan 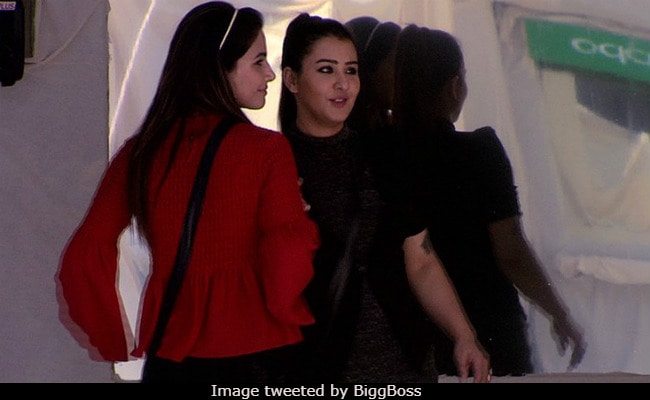 New Delhi: Even though Bigg Boss 11 is over, Shilpa Shinde vs Hina Khan still continues. Both the actresses have given several interviews, stating their experiences and also about each other. Shilpa Shinde, in response to Hina Khan's chawl girl comment, told SpotboyE, "I don't know much about that, but she is more aggressive than a chawl girl. And she was also the mohalle ki aunty." During their Bigg Boss 11 journey, Shilpa and Hina were involved in several arguments. However, in the later few weeks, they played together against Vikas Gupta. But, their friendship couldn't last long. Hina lost to Shilpa in the finale.

It is even alleged that Hina, after getting a fair idea that Shilpa is winning the show, asked for a live voting mid-way. "I think I have won purely on merit. Maybe the live voting was done to convince her," Shilpa Shinde told SpotboyE.


Here's a recap of the fights between Shilpa Shinde and Hina Khan.

Arshi told Hina that she thinks Shilpa uses tap water while cooking food. This made Hina angry and she lashed out at Shilpa and questioned her. A heated argument between Hina and Shilpa followed. Sometime later in the show, Hina alleged that Shilpa wastes food. In turn, Shilpa stopped cooking for Hina.

In an interview to mid-day, Shilpa said, "It's not easy to cook for 20 people. If I made extra food, they would complain; if it fell short, it was again an issue. Hina squirmed if the food was stale. Despite doing everything [I could], she wasn't appreciative. She treated me like a servant."

Also shilpa sacrificed her food so that others can eat properly. She even mentioned that "I didn't had it" Hina should have been thankful for that instead she always treat her like a servant that it's your duty & blah blah Is ds the way she treats her servants at home also? #bb11

Salman lashes out at Priyank for bodyshamming Shilpa! & Also points out Hina Khan why did she took stand for Shilpa & Arshi against Priyank if she claims that she is fair player! Weldone Salman
RT If you love Salman taking stand for right#BB11

In one of the episodes, Priyank Sharma fat-shamed Shilpa Shinde and Arshi Khan, in front of Hina Khan. Salman blasted Priyank and questioned Hina for not taking a stand for a girl. This made Hina very angry.

During one of the episodes, Hina Khan got Akash Dadlani, Arshi Khan, and Vikas Gupta in the luggage area and pointed out towards Shilpa Shinde's corner, branding her 'unhygienic' for her make-up and dirty clothes lying all over the corner.

Hina reportedly made a vile comment about Shilpa Shinde during a conversation with Arshi, During her interview with SpotboyE, Shilpa Shinde responded to Hina's comment saying, "I don't know much about that, but she is more aggressive than a chawl girl. And she was also the Mohalle ki aunty."

When Hina Khan Accused Shilpa Shinde Of Not Performing Tasks

Hina Khan throughout their journey in
Comments
hina khanshilpa shinde