Bigg Boss 11: Did Hina Khan Ask For Live Voting At The Finale?

Hina Khan reportedly started a 'big drama' backstage and that is when Salman Khan saved things from getting worse. 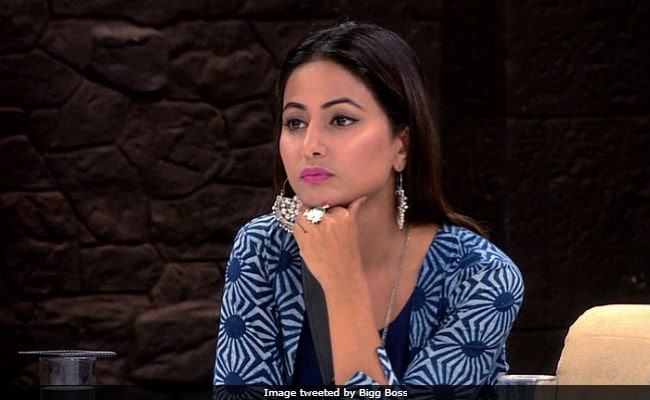 New Delhi: Bigg Boss 11 first runner-up Hina Khan reportedly started a 'huge drama' during the show's grand finale after she got a fair idea that she's losing to Shilpa Shinde. Remember how live voting, for just 10 minutes, began during the grand finale? A mid-day report suggests that "Hina Khan got an inkling that she was losing the crown to rival Shilpa Shinde, she threw a fit. There was apparently some high drama backstage. Host Salman Khan salvaged the situation by announcing the live voting, which further reinforced Shilpa as a clear winner as a majority of votes went in her favour."

Promoted
Listen to the latest songs, only on JioSaavn.com
Hina Khan and Shilpa Shinde were always involved in fights during their entire journey inside Bigg Boss 11 house. And recently, Shilpa Shinde, the winner of Bigg Boss 11, told Indian Express, "Do you remember Hina Khan was awarded the title of a drama queen? She is definitely one! Whatever she has said about burying our hatchet is nothing but a farce. Neither will she do anything from heart nor do I want it. I am happy in my own space and so is she. Now that the show has ended, I don't even want to meet her or see her face again."

Live Voting wasn't the only thing that was different at the Bigg Boss Season 11's grand finale. Of all the 19 contestants, only 14 came (including the four finalists). Zubair, Jyoti, Mehzabeen, Sabyasachi, and Lucinda gave the finale a miss. Also, this year families of the finalists were involved in the process of final elimination. (They were sent inside the house to bring back the eliminated contestant).