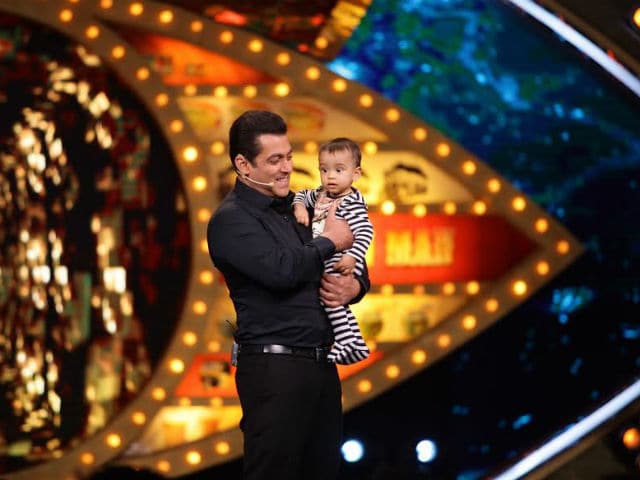 Bigg Boss 10: Salman Khan and Ahil on the sets of the show

New Delhi: Salman Khan had a new guest at the Weekend Ka Vaar episode of Bigg Boss 10. While the actor was busy hosting Shah Rukh Khan, who came over to promote his upcoming film Raees, the actor's sister Arpita Khan, her husband Ayush Sharma and their son Ahil also dropped by on the sets of Bigg Boss 10. Salman, being the best mamu, managed to take a break from shooting to play with his nephew. Ahil too looked cheerful and happy to be with Salman on stage. Jacqueline Fernandes, Karan Johar, Farah Khan and Ganesh Hedge who were also shooting with Salman reportedly met Ahil and were delighted to see him.

Check out these adorable pictures of Salman and Ahil: 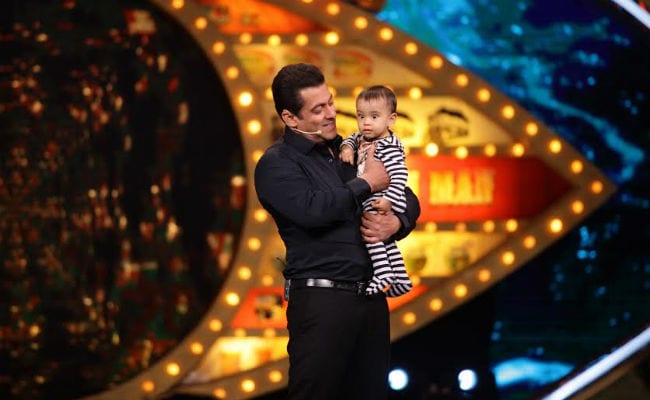 Bigg Boss 10: Salman and Ahil on the sets of the show 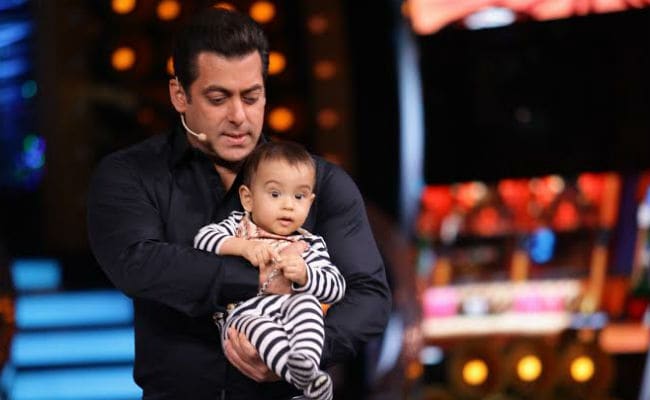 When Salman was hosting the show, he held Ahil and took him on the stage and asked him whether he would like to host Bigg Boss along with him. The 51-year-old actor handed over a mic to him and taught him to say the opening line that he says at the beginning of every episode. But baby Ahil chose to play with the mic instead.

When Jacqueline tried to hold him in her arms, he happily fiddled with the cord of her mic with an innocent smile.

Promoted
Listen to the latest songs, only on JioSaavn.com
Ahil was recently seen with Salman on the actor's 51st birthday celebrations. The Sultan had shared a picture of himself cutting his birthday cake, with Ahil looking at it with excitement.