Bigg Boss 10: Salman And Shah Rukh Khan In The Moment We've Been Waiting For 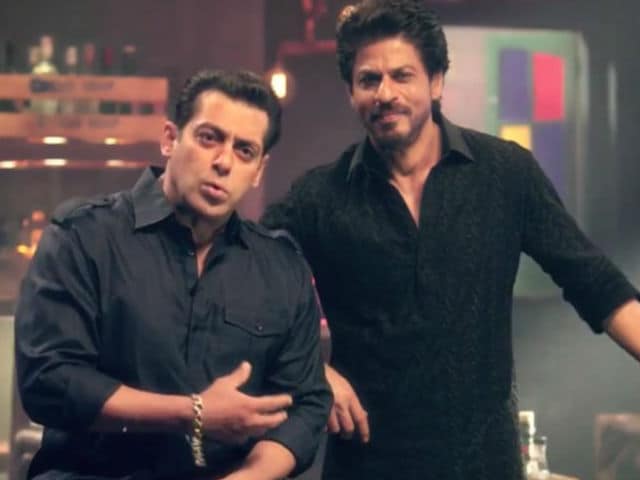 Bigg Boss 10: the episode will feature before the finale. (Image by Salman)

New Delhi: Actor Shah Rukh Khan is all set to take the promotions of his upcoming film Raees to the sets of Salman Khan's television show Bigg Boss 10. But you already know this. The Karan Arjun co-stars shot the promo for the episode and Salman Khan shared it on Twitter. In the promo, Salman dressed like Raees (Shah Rukh's character) tries to recite his famous dialogue ammi kaha karti thi..., but couldn't do so. Therefore, Raees helped him out. The Raees and Bigg Boss 10 integration episode will be a part of a pre-finale segment of the Bigg Boss 10.

Watch the promo of Bigg Boss 10:

Shah Rukh had earlier promoted his film Dilwale along with his co-star Kajol on Bigg Boss 9 in 2015. However, Shah Rukh's Raees co-star, Pakistani actress Mahira Khan will not promote the film with him. Last month, Shah Rukh Khan met MNS chief Raj Thackeray at his Mumbai residence to clarify that Mahira will not be part of Raees promotions in India. MNS led protests against the contribution of Pakistani artistes in Indian films after the Uri attacks.

Promoted
Listen to the latest songs, only on JioSaavn.com
However, the makers are not underplaying Mahira's part in the Rahul Dholakia-directed film. Recently, they released a romantic track titled O Zaalim, sung by Arijit Singh and Harshdeep Kaur. The next song on their list for release is Udi Udi in which Shah Rukh has performed garba for the first time in his life. Shah Rukh's Raees is releasing with Hrithik Roshan's Kaabil on January 25.

Meanwhile, Bigg Boss 10, is currently hosting Manu Punjabi, Manveer Gurjar, Monalisa, Lopamudra Raut, Bani J, Rohan Mehra and Nitibha Kaul. Their journey comes to an end this month with the completion of the 10th season. Self-styled godman Swami Om, also arguably the most controversial contestant, was ousted from the show, after he threw pee on Bani and Rohan in a ditch attempt to win a task.